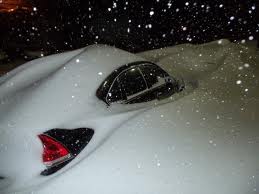 Moving up the Top-100 list of NYC weather stories (since 1970), the group of twenty-five found below includes names such as Diana Ross, the Yankees and Mets, tropical storm Floyd and Jekyll & Hyde.  As I mentioned when I published the first group of weather stories (those ranked #76-#100), rankings were determined based on: 1. degree of disruption and destruction caused; 2. duration of the event/how long-lasting was its impact; 3. extremes of precipitation or temperature; 4. uniqueness, or how unseasonable; and 5. national media attention.

(Since writing this post in the summer of 2014 a number of weather events have occurred that will replace some of the stories in the top 100 in an update planned for the near future.)

This storm dumped large amounts of snow on parts of North Carolina (including a record 20.3" in Raleigh), Virginia and Delaware but it wasn't expected to impact NYC.  But just before daybreak on Jan. 25, a Tuesday, snow began falling and by 9 AM four inches had accumulated.  It then changed over to light sleet and freezing rain before ending with an additional 1.5" of snow later that afternoon/evening.  New Jersey picked up more snow, with many places reporting ten inches or more.  Traffic was snarled and many commuters stayed home from work.  This ended up being the biggest storm of the winter. 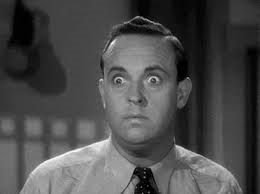 The storm's first half arrived late Friday morning on Dec. 5 and continued thru the afternoon, with snow accumulating eight inches by evening.  (By coincidence, six inches of snow fell on the same date the previous year.)  After a 15-hour break, the snow resumed on Saturday morning and by late afternoon another six inches had piled up.  Despite the rather lengthy gap in precipitation it all came from one sprawling storm system.  This break helped road crews keep streets passable.

A nor'easter dumped 7.57" of rain on Sunday, April 15, and an additional 0.91" fell after midnight on Monday.  The amount that fell on Sunday was the second greatest daily amount on record (the largest amount is 8.28" in Sept. 1882).  Three inches fell between noon-4 PM (including 1.19" in a one-hour period); another period of torrential rain dumped an additional 1.70" between 9-11 PM.  In between these two deluges there was a period of calm, even a bit of clearing, somewhat resembling the eye of a hurricane.

1.30" of precipitation fell on Christmas Day 2002.  Starting as light rain in the morning (the temperature was in the mid-30s), it changed over to a heavy, wet snow in the afternoon and accumulated five inches by 6:00.  This was the most snow to fall on the holiday since seven inches fell in 1909. 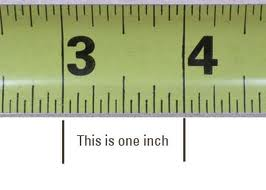 Beginning Dec. 22, 2000 and continuing thru Jan. 3, a period of 13 days, high temperatures never rose above 32°, the longest streak since Jan/Feb 1961.  Temperatures weren't brutally cold as highs ranged from 27° to 32°, and the coldest low was 14°.  Still, these temperatures were 8.5 degrees colder than average.  And in the midst of this frosty period, a foot of snow fell on Dec. 30 - the biggest December snowfall since 1960. 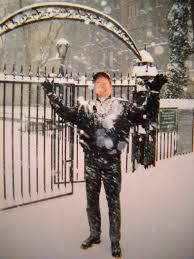 Fans of the Yankees and Mets are loathe to share but there are good reasons for them sharing this ranking.  Although the Yankees game had the more compelling weather story, the Mets were playing a game with much more at stake.

On the one hand, the nor'easter that lashed the area on Oct. 18, 1996, causing Game 1 of the '96 World Series between the Braves and Yankees to be postponed, was a much more serious weather story than the steady light rain that postponed Game 7 of the 1986 World Series between the Red Sox and Mets.  The nor'easter dumped 4.35" of rain (half of it between 2-5PM) while the rain in 1986 was much lighter, amounting to just 0.65".  At the time the 4.35" was the 10th greatest daily rainfall amount on record.

On the other hand, Game 7's in general are of much more interest than a Game 1, and this was even more so in 1986.  First, the Red Sox were hoping to win their first World Series in 68 years.  Second, with Boston on the verge of winning the Series, they lost Game 6 when the Mets made an amazing extra-inning comeback.  Some feared the postponement might break the Mets' momentum (but it gave Mets fans an extra day to savor Game 6).  Despite this break, the Mets went on to win Game 7 on the following night. 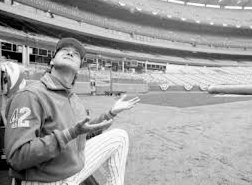 Easter was very early in 1970, on March 29.  Much like the April 1982 blizzard (#50), precipitation began as rain in the AM but changed over to snow after 10:00 and continued through mid-afternoon.  Four inches fell, the most ever on Easter Sunday. 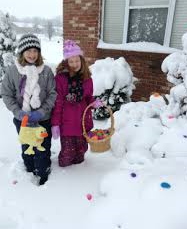 The four days between May 1-4 all set record highs: 87°, 90°, 90° and 92°.  The typical high on these days is in the upper 60s, which was pretty much what the lows were on these days.  Despite this torrid start the month ended up just 0.9 degree above average, the result of the month's second half being five degrees cooler than average.

4.7 inches of snow fell during the pre-dawn hours on Thanksgiving Day (0.3" of it fell late Wednesday night), the biggest snowfall to take place on the holiday.  Snow had stopped falling by the time the Macy's Thanksgiving Day Parade began, but parade goers (and participants) had to contend with below freezing temperatures - and they remained below 32° all day. The winter of 1994 (#11) had an overabundance of storms with frozen precipitation, but NYC finally got two healthy doses of snow in early February - and just four days apart.  The first storm on Feb. 8-9 dumped nine inches (in addition to some frozen precip); then on Feb. 11 another 12.8" of snow piled up.  If this two-storm total of 21.8" had been one storm it would have ranked as the City's second biggest snowfall.  This event's ranking was boosted by the fact that both occurred on weekdays (Tuesday/Wednesday, and Friday).

Five inches of rain fell during the day and evening of Sept. 16, 1999 from Floyd, whose heavy rains caused catastrophic flooding in North Carolina and Virginia while it was a hurricane.  This created major commuting problems and some subway lines were shut down.  At the time this was NYC's fifth greatest daily rainfall amount (it's now eighth).  The Philadelphia area saw 2-3 inches more than New York. 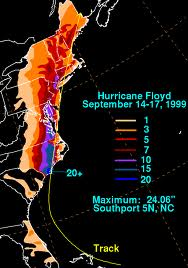 A thunderstorm tore through northern Manhattan at around 9 PM on Aug. 18 and knocked down more than 500 trees in Riverside and Central Parks.  Despite the extensive damage in the parks the storm was very localized.  In fact, I noticed very little rain or wind in my Greenwich Village neighborhood that night. 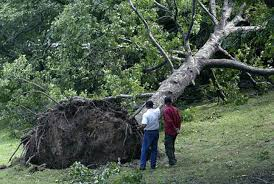 Seventeen days in a row with above average temperatures (beginning Dec. 29) was followed by seventeen days in a row with below average temperatures (thru Jan. 31).  Temperatures during the mild half were 11 degrees above average, with every day but one completely above freezing.  The cold half was 10 degrees colder than average, with eight of the eleven days between Jan. 18-28 reporting lows in the single digits.  And on Jan. 22-23, 13.8" of snow fell, but its impact was mitigated somewhat by being a weekend event.

Sept. 30 was the only day of the month that had a below average mean temperature  The month also included the end of a 35-day streak with highs of 80° and warmer that began in August (8/21-9/23).  It was also a bone dry month, with just 0.48” measured.  This was New York's second warmest, and fourth driest September.

A nor’easter on the morning of Thanksgiving Day 1971 produced wind gusts over 40 mph, forcing officials of the Macy’s Thanksgiving Day parade to ground the the balloons for the first and only time in parade history, making for a rather dull TV telecast.

During the 5-week period from Dec. 14 to Jan. 18, two-thirds of the days had highs of 32° or colder.  Temperatures during these weeks were 9.4 degrees colder than average.  This persistent cold resulted in the Hudson and East Rivers around Manhattan becoming almost completely ice-covered.  Snow fell throughout the period, with five snowfalls of an inch or more producing close to 11".  However, the amount of liquid precipitation that fell in December and January was just 1.16", with both months receiving the identical amount (0.58").  This was the City's driest two-month period until 1995. 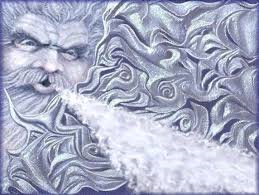 August 1995's chance of becoming the driest or second driest of any month ended by the 6th of the month, but chances at third place became a definite possibility when no rain fell for the next 24 days.  And the record for driest August remained.  However, both appeared in jeopardy late on Aug. 31 as a line of strong thunderstorms approached the City after 10 PM.  Just 0.07" of rain was needed for the distinction as driest August to slip away, and 0.06" to lose out as third driest of any month.  The storms, however, dissipated dramatically and produced just 0.02" (it seemed to have rained a lot more in my Greenwich Village neighborhood).  Besides being bone dry, it was also a hot month (at the time third warmest August), with 13 days in the 90s.  The dry conditions extended east to Suffolk Co., where the Hamptons experienced its worst brush fires in years, disrupting service on the Long Island Railroad late in the month.

On Aug. 7, 2007 a tornado touched down in Brooklyn and two inches of rain fell during the severe thunderstorm that spawned a twister.  This deluge shut down much of the subway system, preventing many commuters from getting to work that day.

The first 90-degree reading of 1982 came very late, on July 8, and the final 90 came very early, on July 27.  However, during this brief period of twenty days there were eleven 90-degree days, including days with highs of 94°, 96° and 98°.  The mean temperature during these twenty days was 4.5 degrees above average.

This is the only weather story on this list driven by sheer star power.  It was a steamy July 21 when Diana Ross gave a free concert in Central Park before a crowd estimated at 450,000.  Temperatures that Thursday reached the mid-90s, and severe thunderstorms approached just as the concert was set to begin at 6:00.  Miss Ross performed valiantly in the lashing rain before the concert was postponed after 45 minutes because of danger posed by lightning.  The aftermath became notorious when groups of teens marauded through the exiting masses.  Happily, the next day's weather was sunny and dry and the concert was held again. 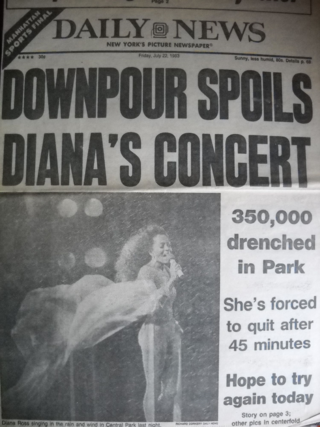