Summer of 2014 Weather Recap - Not As Cool As it Seemed 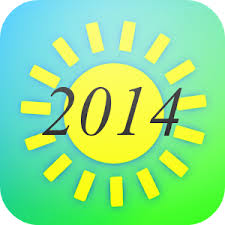 Ask most anyone about the summer of 2014's weather and they'll probably remark how comfortable it was, even cool.  This is most likely because there were so few 90-degree days, just six (normal is sixteen for June-July-August).  However, the average temperature for meteorological summer (June 1 - Aug. 31) was 0.1 degree above average.  (June was +1.0, July -0.4 and August -0.7).  Compared to the previous four summers, however, this summer felt cool because those summers were on the torrid side (especially 2010, which was the hottest summer on record).  And although the summer of 2014 was the coolest in five years, 2009 was much cooler, 2.3 degrees below average.

What distinguished this summer from those of the past five was that none of the three months this year had a wide variation from the average, while the others had at least one month that varied significantly from the average.