Low Temperatures of 70 Degrees or Warmer: An Analysis
Autumn Warm Spells - When Summer Keeps Hangin' On 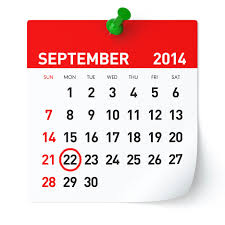 The warm spell between Aug. 31 thru Sept. 6 was the longest stretch of warm weather all year (every day had a high of 86° or warmer), and included the hottest day of the year, Sept. 2, which had a high/low of 92°/77° (thirteen degrees above average).  And the fifteen-day streak of 80-degree (or warmer) days between Aug. 24 to Sept. 7 was also the lengthiest of the year.

August and September's combined rainfall of 3.46" was five inches below average, and the least to fall during these two months since 1995.  Among all years on record this two-month combo ranks eleventh.