A History of Predicted Snowstorms That Fizzled 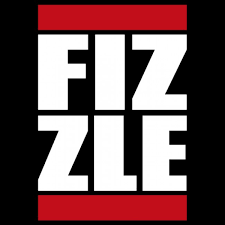 This post was inspired by the "great blizzard" of Jan. 26-27, 2015 that was a bust.  Predicted to bury New York under as much as 24-30" of snow, just under ten inches fell.  Although this was a significant accumulation it was a pittance compared to what had been advertised.  A contrite National Weather Service even issued an apology to New York's mayor, who, based on its forecast, called the storm one of "historic proportions", ordered schools closed and urged businesses to let employees work from home.  Meanwhile the governor of New York ordered the City's transit system shut down as well.  This is one of fifteen storms since 1980 that were heralded as blockbusters but then petered out or brought rain or sleet instead of snow. Details of each follow.

Jan. 15, 1983 - A predicted snowstorm failed to materialize as temperatures stayed above freezing (the day's high/low was 36/33).  The combination of drizzle and wet snow (one inch) that fell between mid-morning and mid-afternoon amounted to 0.65" of liquid precipitation in Central Park.  This would have produced about half a foot of snow had the temperature been a few degrees colder.  Although suburbs north and west of the City received significant snowfall, snow lovers in NYC would have to wait another month for a substantial snowfall (the blizzard of Feb. 11-12).

March 28-29, 1984 - A big coastal storm had potential to dump substantial amounts over a number of days.  And while 3.5" did fall, it fell sporadically and was interspersed with periods of rain.

Dec. 17, 1989 - During one of the coldest and driest Decembers on record this was going to be a big snow producer, but the storm moved too far off the coast.  And what precipitation there was fell mostly as rain, and just 0.7" of the white stuff was measured.

March 13, 1993 - Although 10.6" of snow piled up from the ferocious storm billed as the "Storm of the Century", the predicted 15-18" didn't materialize because of a changeover to sleet and then rain in the early evening.

Jan 17, 1994 - This winter storm sucked in more mild air than expected, resulting in a mostly rain event (after starting as a brief period of snow that accumulated 1.3").  1.34" of precipitation fell in total, a record for the date.  The temperature rose sharply, from 12° at midnight to 47° by early afternoon, and began tumbling later as another Arctic air mass moved in.

Feb. 8-9, 1994 - This was more of an under-performer rather than a fizzle because 9" fell in total.  The first part of the storm delivered 7.2" of snow in a relatively short time (9AM thru 1PM), but then a dry slot developed and the rest of the afternoon was dry.  When precipitation resumed in the evening it came down as sleet rather than snow day, reducing the predicted accumulation by four or five inches (1.8" fell on the 7th).

March 31, 1997 - There was early talk of significant snowfall, but the City received only rain (2.32") as the temperature stayed above freezing (winds gusted between 40 and 50 mph).  Boston, meanwhile, was buried by 25 inches of snow on April Fool's Day.

March 6, 2001 - At one point 12-18" of snow was predicted from what the Weather Channel labeled "The March Lion" and City schools were closed before the storm even began as a precautionary measure.  And while parts of Long Island saw a foot or more, Central Park had 3.5" as the storm developed a bit further north than expected.

Feb. 6, 2010 - A huge weekend snowstorm that buried DC, Baltimore, Philly and Pittsburgh with 20-30" of snow came achingly close to NYC, but it stopped at our doorstep.  Although parts of Staten Island picked up three inches of snow, Central Park saw just a few snow flurries.

Feb. 10, 2010 - Although 10" piled up, 12"-18" had been predicted but because the temperature stayed warmer than expected, hovering in the 32°-33° range, the snow had a lot of water content which kept the accumulation down (1.33" of liquid was measured). It was a drippy, slushy type of snow (especially on the streets).

March 3, 2014 - A winter storm that, a few days earlier, was predicted to dump significant amounts of snow on NYC (6-12"), was pushed to the south by an Arctic high and delivered a dusting of 0.1" (which would be the only measurable snow of a month that was the coldest March since 1960).

Jan. 26-27, 2015 - Late in the afternoon on 1/25 a blizzard warning was issued for the area and NYC prepared for 40-65 mph winds and more than two feet of snow.  In preparation the mayor advised workers to stay home on Monday and Tuesday (most of the people in my office left by 3:00 on Monday); City schools cancelled classes on the 27th; subway and train service was suspended at 11PM on the 26th; and non-essential vehicles were prohibited from roads.  The first indication that the storm might not deliver came after dark on the 26th when a "dry slot" moved in for four hours (after five inches had fallen).  Then the blizzard warning was revoked after midnight as the storm moved further off the coast than expected.  And while we had a significant snowfall of 9.8" (which was the biggest accumulation of the winter), just 30 miles to the east 18-24" buried Long Island.

March 14, 2017 - There was fevered talk that this storm might challenge the Blizzard of 1888 as biggest snow maker in the month of March, but the storm jogged a bit further west than expected and the snow changed to sleet (temperatures stayed below freezing throughout the storm).  7.6" of snow accumulated, with heavy accumulation of sleet on top of the snow.  However, accumulations of 15-20" were common north of NYC where no changeover occurred.

March 7, 2018 - While many towns in northern New Jersey and the lower Hudson Valley were buried by one to two feet of snow, a nor'easter that produced heavy, wet snow left far less in New York than had been predicted.  Despite snow falling steadily from late morning (accompanied by thunder) until 8PM, just 3.2" was measured in Central Park.  This was largely due to temperatures that stayed above freezing for the entire event (which had been predicted).  Curiously, the snowfall forecast was adjusted upward later in the morning to 8-12".  Despite the modest snowfall, the amount of liquid that fell amounted to 1.41".

Jan. 19-20, 2019 - From the get-go there was uncertainty about this storm, i.e., its path, how much warm air was going to be brought in, and how Arctic air would interact with it.  Five days out the forecast was calling for snow Saturday afternoon changing to sleet/freezing rain, then to rain, then back to snow.  A few days later it was thought colder air would gain the upper hand, bringing significant amounts of snow to the City (4-7"), but with a changeover to rain still expected (with a possibility that the storm might be an all-snow event).  Then the day before the system moved in the forecast changed again as milder air was expected to infiltrate the coast, with an inch or two of snow expected at the onset; it was also expected to move through more quickly.  Because of these mitigating factors no winter storm warning was issued, just a watch (warnings were posted north and west of the City).  We ended up with a cold rain of more than an inch that started after dark and continued through the morning of the 20th (0.2" of sleet/snow was measured).

you should publish a post on a history of predicted rainstorms that failed to deliver as well as one on days when a day's high and/or low temperature ended up being higher or lower than what had been advertised.

A valid request, but it poses challenges that will dissuade me from doing it. First, I believe predictions of snowfall generate more angst when they're off considerably than when it happens with predictions of rain or temperature. Secondly, the post about snowfalls that didn't deliver is based on what I wrote in my journals in the years since 1979, something I've rarely noted with rainfall and never with temperature.