Biggest January Rainstorms
A History of Predicted Snowstorms That Fizzled 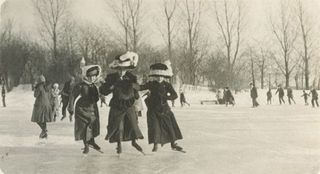 Monthly temperatures for New York (Central Park) go back to 1869.  With this century-and-a-half treasure trove of data in front of me, I calculated each decades' monthly temperatures.  As I immersed myself in the data, a story emerged - New York was noticeably cooler before 1930, and every month's coldest decade occurred in that period.  A second story was that the decade of the 2010s became the warmest decade for eight months (April thru October, and December).  Other findings: