Through mid-February it appeared this would be the coldest February since 1979, but as incursions of Arctic cold continued unabated through the second half of the month, it ended up being even colder than that February.  (February 1979 was brutally cold until the last six days of the month when temperatures were eight degrees above average.)  Most who experienced February 2015 probably don't need convincing that it was an unusually frigid month, but for those who need statistical proof, read on: 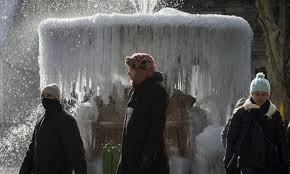