Sleet - The Most Misunderstood Form of Precipitation? 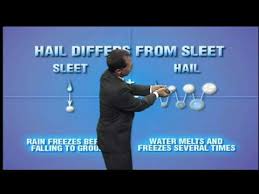 When it comes to weather phenomena, the general public seems knowledgeable about most types of precipitation, but one they seem to have a blind spot for is sleet, often referring to this wintertime annoyance as hail.  I find their confusion curious since these forms of precipitation, although both are ice formations, are created in very different ways.  (Interestingly, in the summer no one confuses hail with sleet.)  Alas, because sleet is more of a nuisance than hail, which is formed during severe thunderstorms, it doesn't draw attention to itself - like someone who is overshadowed by a sibling who's always getting into trouble, or is an overachiever (sisters Jan and Marcia on The Brady Bunch come to mind).

The fact of the matter is sleet doesn't cause damage like hail does (or injuries from falls, like freezing rain does).  The only time it may create a problem is when it's wind-blown and stings your face.  It also can be annoying when it taps incessantly against window panes.  But it doesn't cause damage to vehicles, crush plants or pull down power lines.  One thing sleet and hail have in common is that during heavy periods of either, snowplows are needed to clear streets.  Sleet is also the nemesis of snow lovers, responsible for reducing lofty snow predictions when it mixes with snowflakes or completely overtakes them. 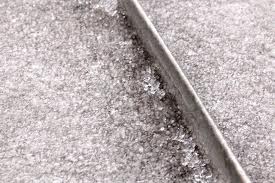 On rare occasions a heavy sleet storm can result in accumulations greater than a few inches.  When this happens, walking through the ice pellets is like trudging through crushed glass.  Memorable New York sleet storms in the past 50 years have occurred in December 1973; March 1993; January 1994; two in the winter of 2007; March 2016; and February 2019.  The sleet that fell in March 1993 was part of the historical Storm of the Century.  I was walking outside when the changeover from snow to sleet occurred.  The sleet pellets, propelled by winds gusting over 40 mph, stung my face, giving me somewhat of a skin burn.  Then once inside I had to contend with the sound of the sleet crashing against my windows for hours.