We Are Living In Extraordinarily Snowy Times 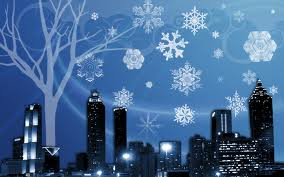 40 inches of snow is considered a hefty amount for a New York winter, a total that's about 50% above average.  Over the years, winters with this much snow have occurred once every four years.  This average, however, masks extended periods with and without snowy winters.  For example, winters between 1873 and 1923 averaged snowfall of 40 inches or more once every three years, but then the 24-year period that followed (between 1924 and 1947) had just one snowy winter.  More recently there was a 26-year period between 1968 and 1993 that also had just one.

Most recently, New York found itself in the midst of an abundance of snowy winters, the most recent being the winter of 2017-18.  Specifically, nine of the sixteen winters between 2003-2018 had 40 inches or more of snow, an unprecedented concentration (including four winters in a row).  Of the five winters that didn't see this much, three were well below average (under 13") and the other two picked up an average amount of snow.  (The three winters after 2018 have each had less than 40", but winter 2020-21 came close, with 38.6" measured.) 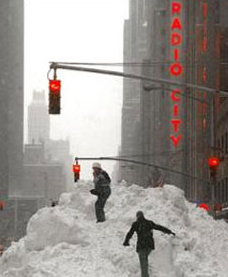