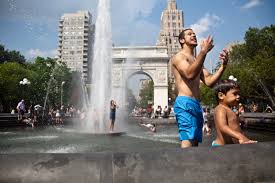 Although the official definition of a heat wave is three or more consecutive days with highs of 90° or hotter, I've relaxed it a bit for this analysis and have included days in the upper 80s, as well as one or two cooler days if they fell between periods of hot weather.  With that established, here are eleven of the more notable hot spells that have occurred in the past 100 years.

1984 (June 7-13) - The  hottest period in the summer of 1984 occurred during this seven-day stretch in the second week of June.  The average high/low during this week-long steam bath was 93°/75°, with six of the seven days having highs in the 90s (the rest of the summer had four 90-degree days).  The mean temperature of 83.8 was the second hottest for June hot spells, just 0.1 degree below a four-day heat wave in the middle of June 1956.  But it was the most above average, +14 degrees.  The low on the morning of June 10 was 79°, seventeen degrees above average (and one degree higher than the date's average high). 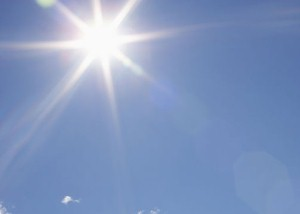 1966 (June 20 - July 15) - This hot spell began on June 20 and stretched thru mid-July, but even just the 11 days in June makes it one of the lengthiest for the month.  It's probably best remembered for the 101° high on June 27 (second earliest date for a triple-digit high).  The period in June and July were both seven degrees above average.  And earlier in June there was a six-day period that saw temperatures 10 degrees above average.  Overall, this became the second warmest June on record.

1925 (June 1-7) - This week-long hot spell during the first week of the month had an average high of 95.0°, twenty-one degrees above average, making it the hottest average high of any of the June heat waves in this analysis.  This included back-to-back highs of 99° on June 4 and 5 (which followed a high of 98° on June 3).  June would be the warmest month of the summer of '25, and at the time it was the warmest June on record (it now ranks sixth).