Hot Weather Before & After August 1 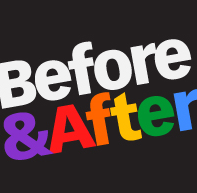 The following two charts show the most "front loaded" and most "back loaded" years since 1900, arranged in descending chronological order. 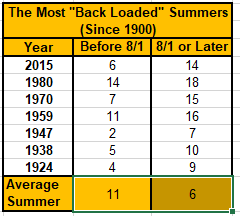 (Many thanks to Eugene Demarco who's spreadsheet showing year-by-year dates of 90-degree highs made this analysis so much easier to do.)