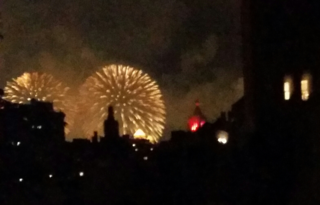 every day but three had a low temperature of 68° or warmer, tying 1906 and 1901 as the most of any July. this was also the first of twenty consecutive months with an above average mean temperature.