Longest Streaks of Above Average Temperatures 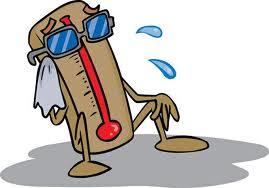 What helped December 2015 become the warmest on record was the lack of any cold outbreaks whatsoever.  The coldest temperature was 34°, the first time the month of December reported no temperature of 32° or colder.  This lack of cold weather resulted in above average mean temperatures every day of the month - a first for any month.  This streak of above-average temperatures continued through Jan. 3.  At 34 days it's the longest on record, breaking the former record by two days.  Additionally, this streak was 12.5 degrees above average, the largest departure of any streak of 20 days or more, all of which are listed below.  (Please note that, unlike other weather statistics, the tracking of each day's "Departure from Average" only goes back to 1953.)

Tags: longest streaks of warm weather in New York City, Most days in a row of above average temperatures

I was looking at data sets by using a 10 year and 30 year trailing averages by month (rather than specific daily temperature averages).