A History of Back-to-Back Snowstorms 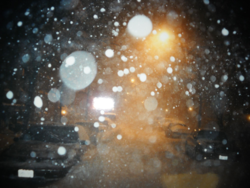 A few days ago I wrote a post about the absence of any significant snowfalls in the week following major snowstorms (13 inches or more).  However, there have been snowstorms of lesser magnitude that were followed by another significant snowfall within ten days of each other.  The most impressive of these happened during the winters of 1926 and 1994.  On Feb. 4, 1926 a snowstorm of 10.4" was followed six days later by a snowfall of one foot, while in 1994 a snowfall of 9.2" on Feb. 8-9 was followed two days later by an ever bigger storm that dumped 12.8".  And there have been two instances of three significant snowfalls in a brief span dropping significant accumulations.  In the winter of 2005 18.7" of snow fell in a 10-day period and last winter 14.1" fell in the first five days of March. 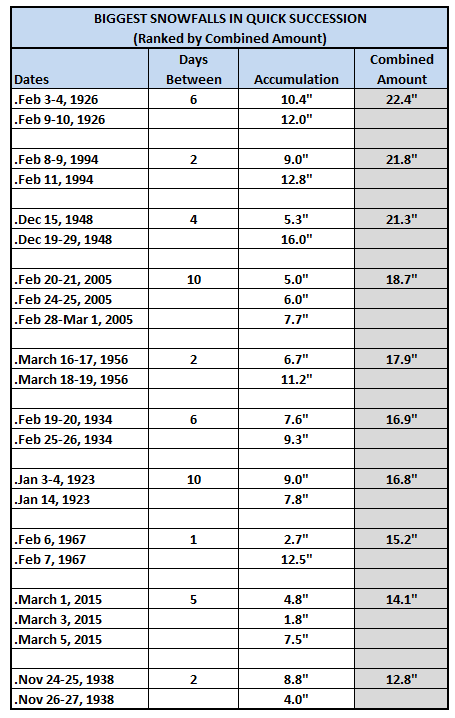 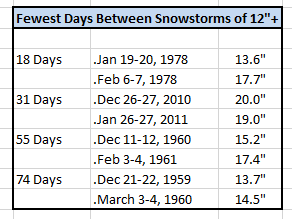 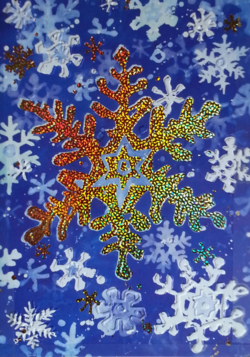