Are Weather Hobbyists Undermining the Credibility of Meteorologists?

My interest in the weather is historical in nature and the posts I publish focus on comparing today's weather conditions with those of past years.  However, many of my fellow weather enthusiasts are interested in the science of meteorology and forecasting.  And while their enthusiasm is heartening I fear they undermine the credibility of trained meteorologists in the public's eye because all too often they build up storms much too early, storms that, more often than not, don't live up to the early hype.

Amateur forecasters tend to lack the discipline of patience, wanting to be the first to announce a big storm when it's still in the embryonic stage.  Call it a case of  "premature prognostication".   Time and time again, at the earliest indication that a storm is forming they make wild pronouncements about a major snowstorm or hurricane striking a week or more in the future.  And nine times out of ten the storms don't live up to their billing.  So what we have is many boys crying "wolf!", or, rather, "snowstorm!"  Then, maddeningly, after a storm doesn't live up to its hype they're right back at it touting yet another potential blockbuster event that might happen two weeks down the road. 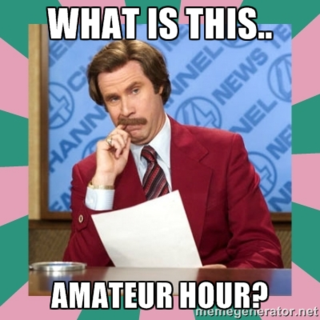 But it's not always the hobbyists who come up short.  With more than half a dozen or more competing forecast models available (e.g., European, NAM, GFS, GFDL, NCEP, WRF, and Canadian) even experienced meteorologists risk appearing foolish when they talk publicly about all of the models and their sometime conflicting forecasts.  These models create a Tower of Babel effect.  Whom to believe?  The public doesn't want uncertainty or need to know "how the sausage is made". 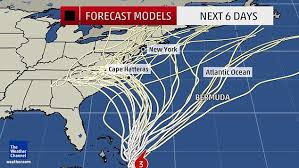 do you at all follow Melissa Fleming's blog called The Weather Gamut? like you, she publishes monthly recaps of NYC weather. she also does posts on (near) record breaking weather event days in the city (such as the 14 day streak of sub freezing highs, the high of 78° on Feb. 21, the four nor'easters in March, the 5.5" of snow in April and so much more). Overall, her blog contains articles about climate change and weather worldwide.