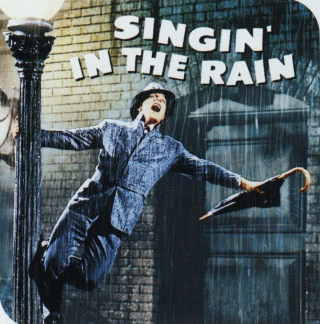 There are hundreds, perhaps even a thousand, songs inspired by weather conditions to express emotions such as joy, love or despair, usually in the context of a relationship.  However, in order to keep this post from becoming a doctoral thesis I considered only those songs that I know, which gave me a manageable list of nearly 100.  Of these, my fifteen favorite are listed below (in alphabetical order).  As you'll see rain is the weather condition found most often, and love is the most expressed emotion.  (Interestingly, rain doesn't always equate to despair.)

This relatively obscure gem is from Chic's acclaimed Good Times album.  A beautiful "quiet storm" composition, it evokes languid, sultry evenings with romance on the agenda. 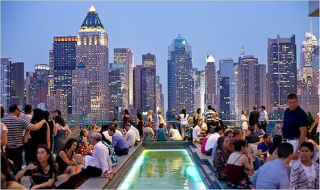 This is such a feel-good song ("You're my blue sky, you're my sunny day"), and although I'm not a fan of guitar rock, this song is an exception, with a happy three-minute jam. (Honorable mention: ELO's Mr. Blue Sky) 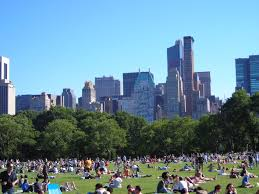 This jazz classic from the 1940s has been covered by many (e.g., Sarah Vaughn, Ella Fitzgerald, Frank Sinatra, Ray Charles, Billy Holiday).  It's somewhat unique in that it references two types of weather conditions. 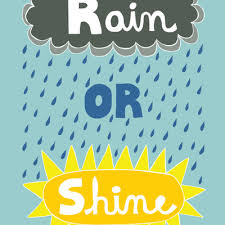 Not to be confused with another song called Heat Wave, which was made famous in the early 1960s by Martha Reeves ("Love is like a heat wave"), this one (written by Irving Berlin) opens with, "We're having a heat wave, a tropical heat wave".  Marilyn Monroe's 1954 version differs from Merman's (1938) in that it has a spoken section in which her patter resembles a weather report.

Pablo, it say here under
'Weather Report';
It say
A front of warm air is moving in from ...
Jamaica!
Moderately high barometric pressure will cover the
Northeast and ...
The deep South;
Small danger of
Fruit frost;
Hot and humid nights can be expected! 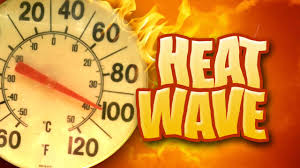 This is my favorite of the fifteen (just edging out Blue Sky) and it's due to the combination of its melody, nice and easy tempo and instrumentation.  And despite its downcast theme, the song doesn't bring me down.  Although it's a big favorite of mine it was only a moderate hit, peaking at #15 on the Billboard Hot 100. 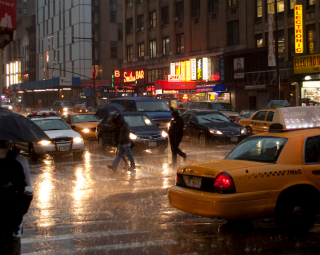 The tinkling of piano keys announces the arrival of this jazzy riff about summer.  It ranked as 1969's seventh most popular song.  (Honorable Mention: Summer in the City) 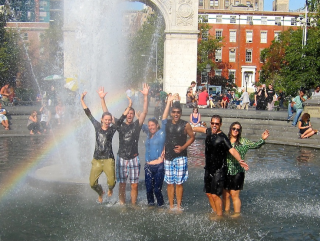 What immediately comes to mind when I think of this song is its finger snaps and tempo, which suggests the rhythmic motion of windshield wipers.  The song topped Billboard's Hot 100, Hot Country Singles and Adult Contemporary charts during the fall of 1980.  Here's the opening verse: 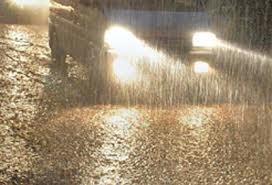 This one doesn't exude the positivity of the preceding song as the rain serves as a way to disguise tears rolling down the singer's cheeks.  It's a great R&B song; I especially like its use of crackling thunder at the start of the song (akin to the Doors' Riders on the Storm).  It went to #1 on Billboard's R&B chart and peaked at #5 on the Hot 100. A joyous song about rain and love, it went to #1 on the Hot 100 and was 1975's #8 song.  I have to admit that when this was popular I was sick of it because it was so overplayed, but as the years went by, and I heard it infrequently, it began to grow on me (aging may have had something to do with it as well). 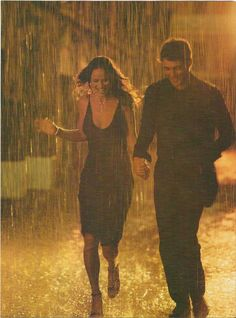 This was a follow up to Christie's big weather hit, Lightning Strikes, and it was risque for its time, as suggested by the lyric, "Cause on our first date we were making out in the rain.  And in this car our love went much too far.  It was as exciting as thunder."  Its chart movement was hindered (it peaked at #16) because a good number of radio stations banned the song. 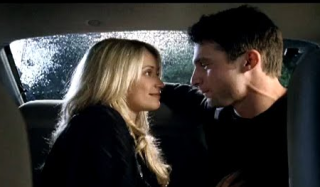 I'm not passionate about metal rock but this is a standout from the genre. 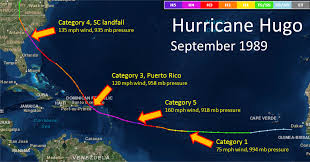 The lone instrumental on the list, this selection features a disco beat.  Its light, clean sound is very much like spring rain.  More likely to be played at clubs than on radio, it just cracked the top 40 on Billboard's Hot 100, peaking at #39. 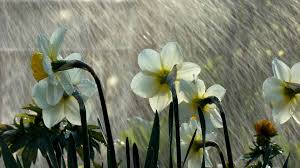 This arrangement put a disco spin on a jazz classic from the 1930s.  As with In the Rain it uses sound effects of thunder as well as wind.  (Honorable Mention: Stormy by the Classics IV) I especially like the build near the end of the song.  It peaked at #13 in the US but topped the Pop Singles chart in the UK.  (Cher did a remake in 1995.) 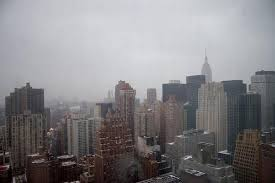 Finally, this is the only selection from this century, and the only song about a device used to protect against the elements.  It was the nation's top song for 10 weeks and was rated as the top song of 2007.  (Despite its success there were no "me too" songs that followed about snow shovels or galoshes.) 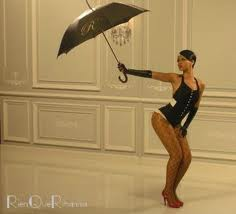 how haven't you heard of (and if you have, how did they not make the list?) it's raining men by The Weather Girls and waiting on a sunny day by Bruce Springsteen?

Of course I'm familiar with "It's Raining Men" but the list was of my favorites and this song just missed making it. However, I'm not familiar with the Bruce Springsteen tune. I'll have to take a listen on You Tube.

hi Rob. I'm just checking to see if you had an opportunity to take a listen to the Bruce Springsteen tune. If you have, is the song list worthy? I also have another suggestion. Hello Sunshine by Dena Deadly.

I don't know if you're familiar with this but if you are, is the song "I made it through the rain" by Barry Manilow worth adding to this list?