One year after New York sweated through its third hottest August on record, August 2016 was a wee bit hotter, by 0.2 degrees.  This margin was due to warmer nights (71.8° vs. 71.0°) as the average high of 86.6° was a bit below last year's 86.9°.  And after July 2016 was the wettest in seven years, August reverted to the dryness of the first half of the year as its 1.97" made it the driest August in twenty years.  However, what August and July had in common were cool starts as July 1-4 was 3.6 degrees below average and Aug. 1-4 was 2.8 degrees cooler than average.  Another similarity was five-day heat waves (July 21-25 and Aug. 11-15), making this the first summer since 2002 to have two heat waves that were five days or longer.

Here are  further details about August 2016: 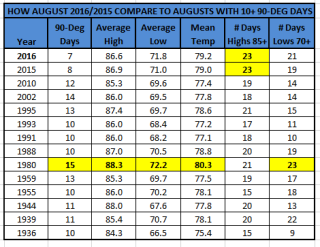 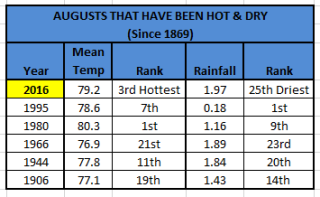 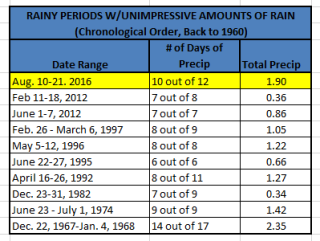 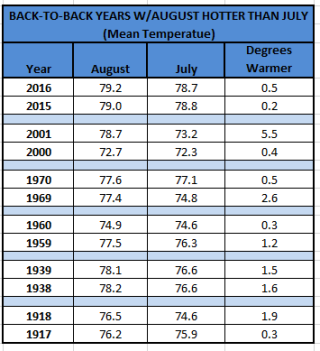 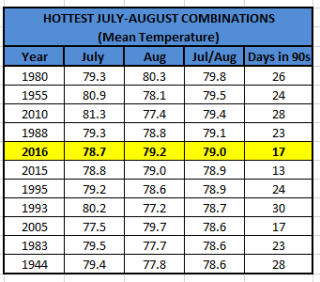 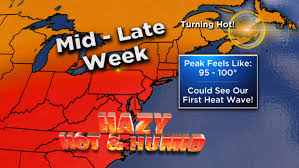 The typical weather map in August 2016.