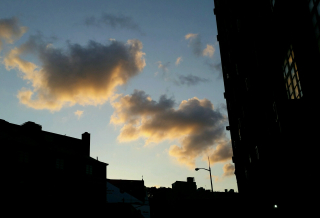 I've always had an appreciation for clouds and sunsets.  Five years ago I probably wouldn't have been able to write this post because I didn't have my smartphone with its camera.  Now I'm able to snap photos at a moments notice, enabling me to capture this summer's overabundance of photo-ready thunderheads and stunning sunsets.  And because I live in the West Village I probably notice them more since the low-rise buildings make the sky much more accessible than in Midtown Manhattan.  I hope you enjoy the photo revue that follows ... 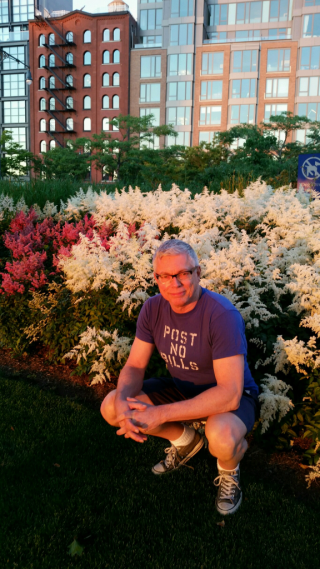 The photo display begins with one of me along the Westside Highway at dusk during Memorial Day weekend. 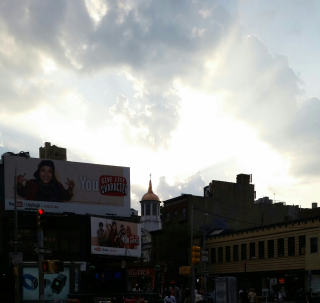 Rays of the setting sun stream over Sheridan Square in Greenwich Village. 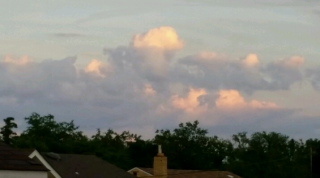 I took this photo during a June visit to Pittsburgh to see my mother. These clouds brought to mind those I'd often see over the Atlantic Ocean close to sundown on Fire Island. 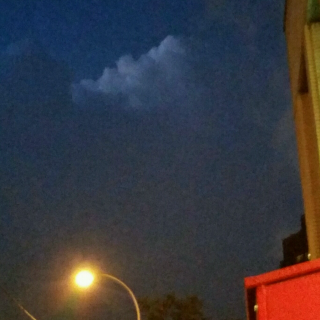 Taken on July 1, this photo shows a thundercloud from a storm that struck half an hour earlier. Although it was around 9PM the top of the cloud was catching the rays of sun that was below the horizon. 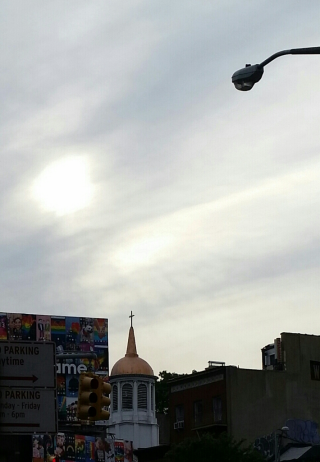 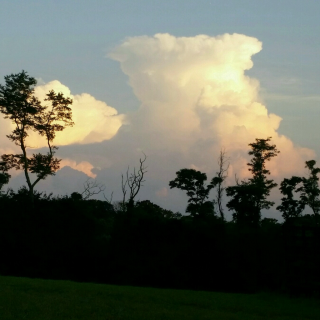 This isn't a cloud formation in New York but it deserves an honorable mention.  I snapped the photo of this breathtaking thunderhead during a weekend visit to south central Pennsylvania in the midst of a late July heat wave. 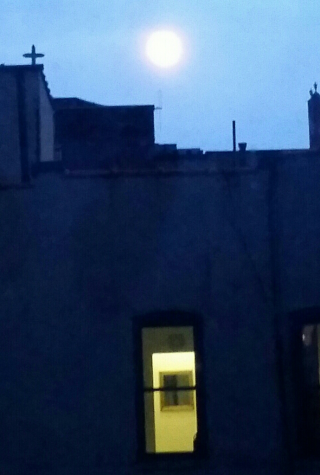 Taken from my kitchen looking east as the full moon was rising. This was the view on 7/28 looking east from the 44th floor of an apartment building on the  Upper West Side. The light pastel coloring was the result of a fire in a warehouse in Long Island City (Queens) an hour earlier. 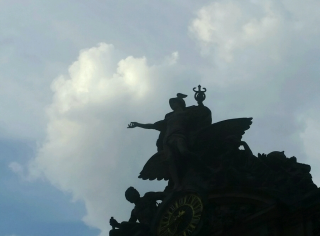 Taken as I was walking to the subway after work on 42nd St. across from across from Grand Central Terminal. 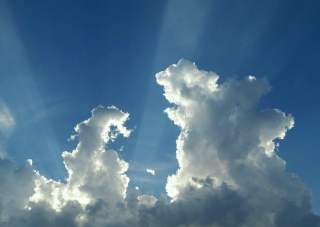 Looking west from Sheridan Square at around 6PM in mid-August. Seeing it I felt I was in the presence of the Divine. 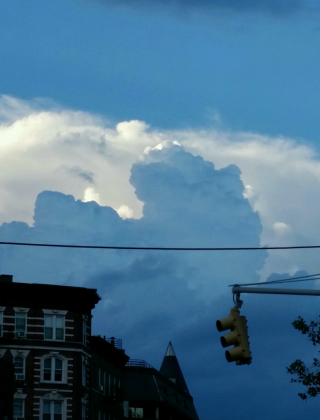 Early evening on a hot day in mid-August.  These mountainous clouds brought a quick downpour to upper Manhattan, but not to Greenwich Village. 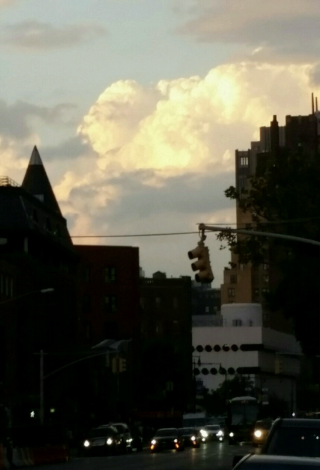 Similar view and thunderclouds as the previous photo but on a different day one month later. The same cloud formation as it moved behind the apartment building at 10 Charles St. 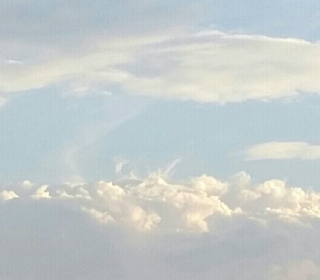 Wispy and puffy clouds over the West Village. 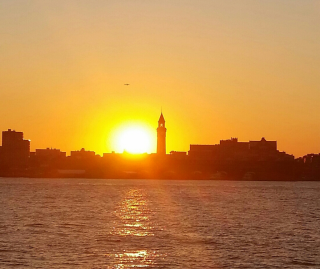 Sunset on the Saturday of Labor Day weekend, taken on Christopher St. pier, which looks out across the Hudson River. 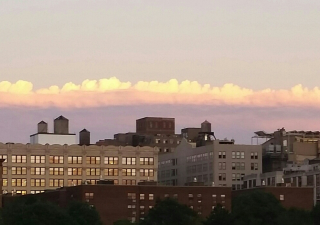 This is how the sun's rays from the above sunset reflected on the bank of towering clouds in the east.  Reminds me of rainbow sherbet. 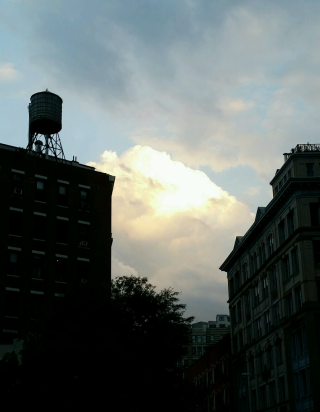 I snapped this photo shortly after I came out of the Christopher St. subway station in the early evening. This view is looking east. 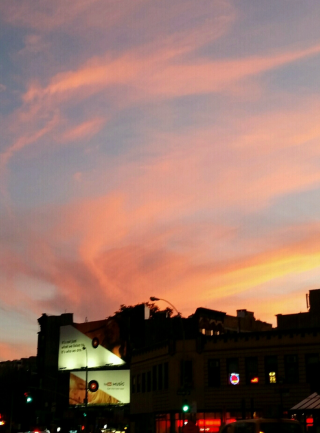 Taken the evening of Sept. 11 as I left the gym on Seventh Ave. South. 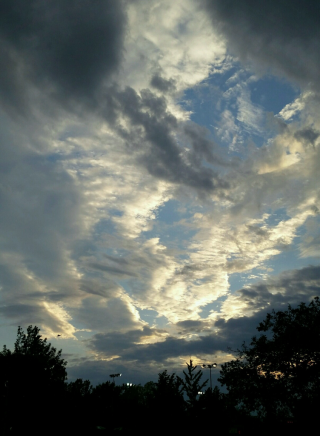 Taken on Sept. 14 close to the West Side Highway in Chelsea, shortly after a late afternoon thunderstorm. A few hours earlier the temperature was in the low 90s, the last 90-degree day of the year. 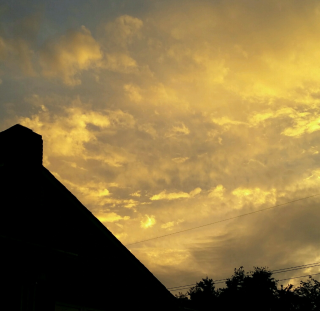 Finally, a golden sunset on Sept. 17 during a visit to my childhood neighborhood in McKees Rocks, PA.