A SNOWSTORM FOR THE AGES

The 27.5" of snow that piled up during a blizzard on 1/23 (0.2" of it fell late on 1/22) was the biggest snowfall on record, breaking the previous record set ten years earlier.  This Saturday blizzard followed New York's mildest November and December on record.  At the time of the storm the National Weather Service reported that 26.8" of snow had fallen, which put it 0.1" behind the 2006 storm, but, curiously, the amount was revised upward by 0.7" in late April. 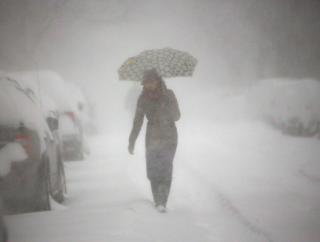 FIRST BELOW-ZERO READING OF THE CENTURY

The low of -1° on Valentine's Day was the first below-zero reading since January 1994.  It was also the first sub-zero reading in February since 1963 and the latest date for such a frigid reading since 1934.  Later in the day a second record was set as the high of 15° was the coldest for the date.  (Two days later the high rebounded to 54°.)

A TASTE OF SUMMER IN EARLY MARCH

Moisture from tropical storm Bonnie produced a few periods of heavy rain before 9 AM that amounted to 1.65", making this the second rainiest Memorial Day on record (the rainiest was in 1948, when 2.49" fell).  This amount was more than what fell in either March (1.17") or April (1.61").

In the four-week period between 7/21 and 8/15 there were two five-day heat waves, the first time two heat waves of five days or more occurred in one summer since 2002 (when there were heat waves waves of eight and nine days).

A WEEK'S WORTH OF RAIN IN JUST 5 MINUTES!

On July 30, 0.81" of rain poured down in a five-minute period between 8:39 and 8:44 PM - the greatest five-minute deluge in the years since 1970.  Additionally, three days during the last week of July each had an inch of rain that fell during strong thunderstorms. 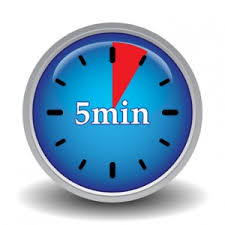 Five days in a row in August had dew points in the 70s (during every hour of the day).  This was four months after a two-week period with extremely low humidity (between 10% and 20% during the afternoon hours).

RAINIEST DAY OF THE YEAR

The biggest rainfall of the year waited until 11/29 when 2.20" of rain that poured down on in a 12-hour period/  This was a record for the date and the greatest daily rainfall in nearly two years (since Dec. 9, 2014).  Furthermore, this became the rainiest day on record for any of the last ten days of November.