The mild conditions that made February 2017 the warmest on record continued at the onset of March as the high reached 70° on 3/1.  That would be the mildest reading of the month.  Through March 10 temperatures were three degrees above average, but then the next three weeks were six degrees below average, resulting in the entire month being 3.3 degrees colder than average - putting an end to New York's record streak of twenty months in a row with above average temperatures.  March was also colder than February, which, in the years since 1900, had happened only twice before (in 1984 and 1960).  And March's average low was colder than that of February, January or December. 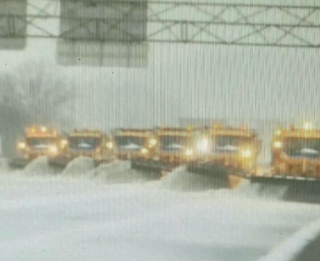 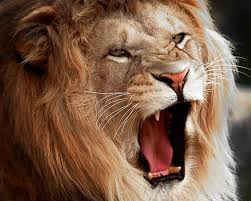 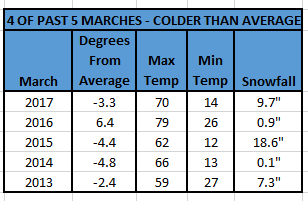 this month had five 60° days. one fewer than last month. the last time March had fewer 60° days than February was in 2001 when February had 1 and March had 0.