The Case For Reporting High & Low Temperatures to One or Two Decimals
May 2017 Recap: Cooler Than Average Despite Three 90-Degree Days 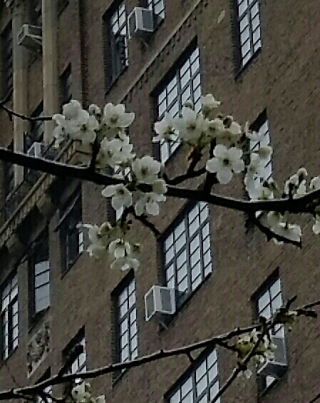 With four days in the 80s and no truly cold days (the chilliest was five degrees below average), April 2017 became the second mildest April on record (4.2 degrees above average), pushing April 1941 to third place (57.2° vs 56.9°).  This was a rebound from March, which was 3.3 degrees colder than average.  April's coldest low was 37° on 4/1, which was only three degrees colder than average.  This was the "mildest coldest" reading since April 2010 (the mildest April on record).  The warmest reading of the month, 87°, occurred on Easter Sunday (4/16), which was the second warmest temperature every experienced during the holiday.

Interestingly, despite it being the second mildest overall, eight other Aprils had warmer average highs than April 2017.  However, this April was the mildest of them all in terms of average low, even ahead of New York's mildest April (2010) by a comfortable margin. 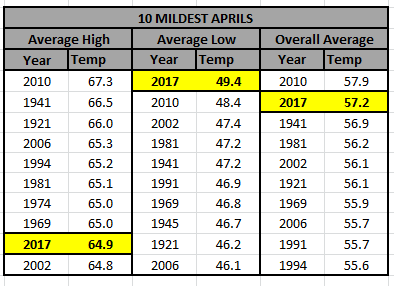 Other observations of interest: