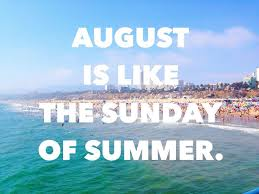 Yes, if it comes to pass this year's 8/23 will be among the ten earliest dates. However, the forecast for the next week calls for four nights with lows around 70, so I have a feeling this may not hold. However, 8/1 as the last 90-degree day of the year looks like it will hold.

Neither my comment nor yours were predictions, they were just statements of fact.