The Magic & Beauty of the Season's First Snowfall 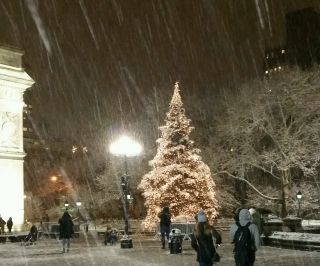 Oftentimes the first snowfall of the winter is inconsequential, e.g., since 1970 half of first snowfalls have been less than an inch.  Occasionally, however, the first snowfall produces a significant accumulation and transforms the City into a breathtaking winter wonderland.  Such was the case with the first snowfall of the winter of 2017-18 when 4.6" fell on Dec. 9.  What made it extra special was the fact that it fell over the weekend and during the run-up to Christmas.  Every year I think I won't traipse around in the snow taking countless photos, because how different can they be from previous snowfalls of previous winters?  Yet I can't resist the ineffable drawing power of snow, as shown in the photo gallery below. 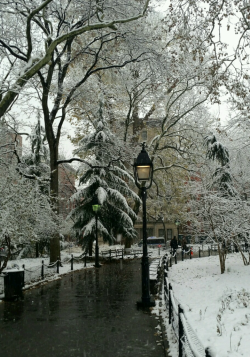 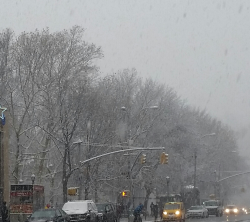 A curtain of white, looking south on Sixth Ave. in Greenwich Village 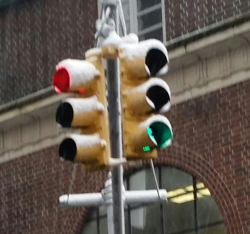 Traffic lights, with their green & red lights, serve as giant ornaments at Christmastime, even more so during a snowfall 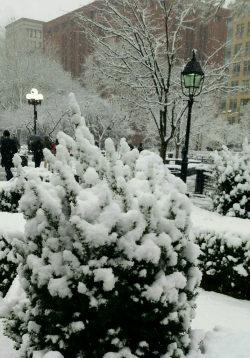 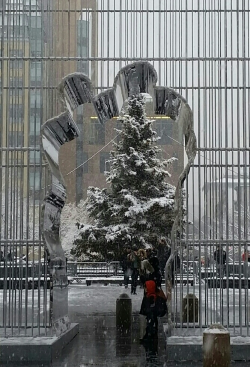 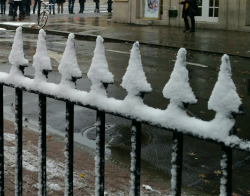 Snow has a softening effect on wrought iron fences 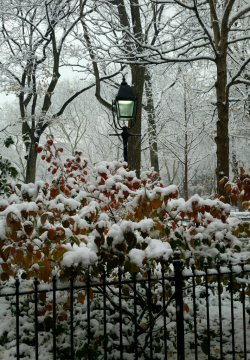 Brings to mind an illustration by Currier & Ives White lights form a tree over the fountain in Father Demo Square (corner of Bleecker St. and Sixth Ave.) 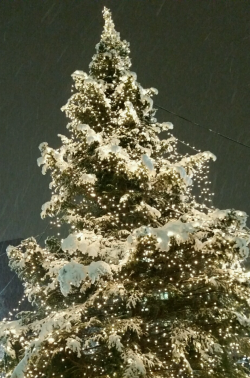 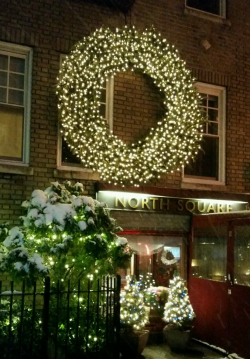 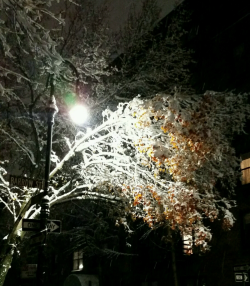