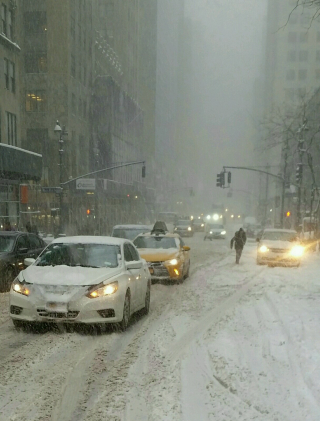 January began the way December ended - bitterly cold.  A nearly unprecedented cold wave of fourteen-days, all with highs colder than 32°, began on Dec. 26 and continued through Jan. 8.  But after shivering through the first eight days of the month, which were 16 degrees colder than average (the coldest start of a year since 1968), the remainder of the month was almost five degrees above average (but there were three days with highs of 32° or colder and one with a high of 33°).  This milder stretch of days made the month just slightly below average (-0.9 degree).  For the entire month there were sixteen days that were either ten degrees or more above or below average (there were eight of each), the most in January since 2004.  Finally, not only were the first eight days frigid, but a snowstorm on Jan. 4 dumped nearly ten inches of snow on the City (then just 1.4" fell in the next four weeks).  Here are some other observations: 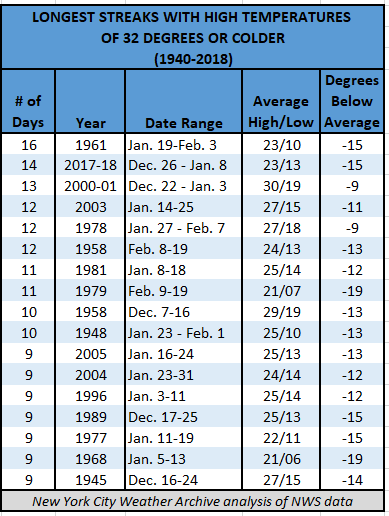 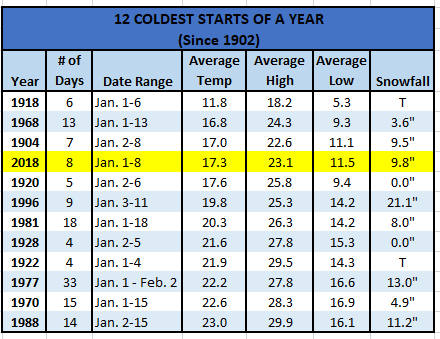