Biggest Snowstorms by Day of the Week 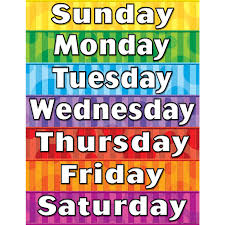 Looking at snowstorms of 10" or more by day of the week (there have been 56 since 1900) reveals Friday to be the day most likely to pick up this type of hefty accumulation (nine times).  By contrast, Thursday has never had a snowfall this big; the greatest accumulation has been 9.8", which happened twice - in February 1934 and most recently in the winter of 2018 (Jan. 4).  And although a snowstorm that dumped 20.9" in February 2010 started on a Thursday, less than half of the total (9.4") fell on that day. 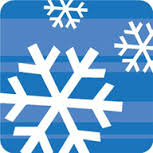 New York's three biggest snowstorms each occurred on a different day of the week (and a different month): The biggest snowfall of all time, in January 2016, occurred on a Saturday; the second greatest accumulation, in February 2006, took place mostly on a Sunday; and the third-ranked snowstorm, in December 1947, buried the City on a Friday. 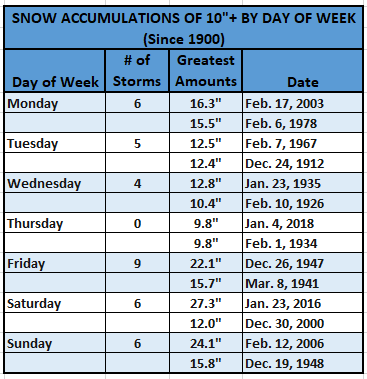 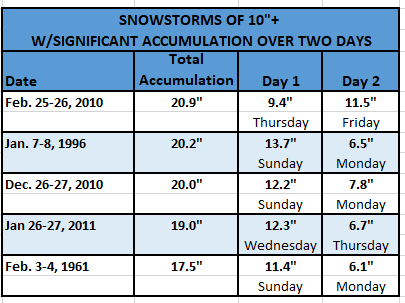