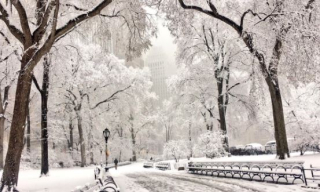 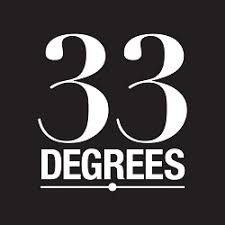 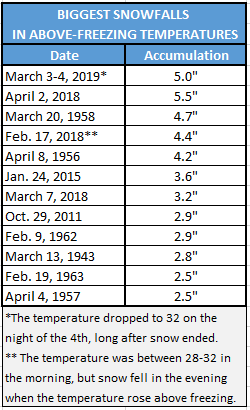 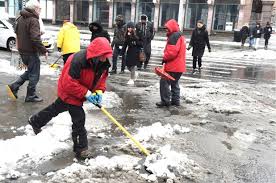 Excellent! Thank you for studying this. I thought it was unusual that we had those >32 degree snows, but I didn't realize how unusual. Three of the seven greater than 3 inch snowfalls with the temperature above freezing in the last 100 years occurred within a two month period this year. Amazing.