No Thunderstorms in Central Park for the Past 15 Years? So Says the National Weather Service 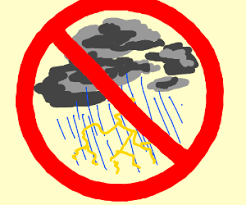 I've lived in Manhattan since 1981, so I can attest to the fact that we get our fair share of thunderstorms; through 1995 the average number each year was nineteen.  However, while doing research on thunderstorms, I was very surprised to discover that since 1996 only three were reported in Central Park (and none since 2003).  This is according to NOAA's annual Local Climatological report for CPK (which is the official reporting site for New York City).  Yet, during these same years the reporting stations at LaGuardia, Kennedy and Newark airports each averaged 25 per year.  I thought, perhaps, this was just an egregious oversight, so I contacted NOAA and I was told that it wasn't an error but, rather, the result of "automation and a lack of human augmentation since the mid 1990s."

I was taken aback by this explanation.  So, the most populous city in the nation no longer reports the incidence of thunderstorms because a human can't be found to do it?   What added to my consternation was that the "Reference Notices" section found in the monthly and annual reports makes no mention that thunderstorms are no longer reported, nor is there an asterisk in the report's month-by-month line for thunderstorms explaining why the number is '0' every month.  Confounding me further is the fact that an annual average is still reported - a number that grows smaller each year since all of the years with no thunderstorms reported are factored in.  So, the most current average listed, 11.1, is completely bogus. 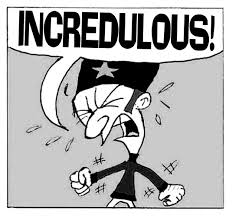 Of course, in the grand scheme of things a statistic indicating how often thunderstorms occur is not a crucial one (and it should be noted that any rainfall from a thunderstorm is reported).  However, what troubles me is that there is no explanation that thunderstorms are no longer reported.  Someone not familiar with the New York's climate may think the City actually gets no thunderstorms (and not be aware measurement sites at the three airports collect such information).  And as for the "lack of human augmentation" - isn't that what interns are for?

Although thunderstorms are no longer reported in Central Park, the way it is displayed on NOAA's annual summary leaves the impression that they are, but there just weren't any storms in 2017.

out of all of the analyses I have read in this blog, I can definitely say this is the one where I can sense the most agitation from you. what I've always observed while watching the weather on t.v. is often times as severe thunderstorms approach the NYC area from the west, they tend to lose (a majority of) their potency since Manhattan is awfully close to the ocean, whereas in places farther inland, they maintain their potency. thunderstorms are more attracted to a warm and humid air mass compared to a cool, marine air mass (including times when there is an onshore wind). however, I'd be surprised myself if the NWS did not report a thunderstorm on May 15 of this year, especially since there were five fatalities associated with the inclement weather.

Hi William, you've missed the point of the post. My annoyance isn't because thunderstorms often lose their potency when they move over Manhattan, it's the fact that the NWS station in Central Park no longer reports the incidence of thunderstorms (clearly shown in the chart) - yet it's never pointed out this change in its reports. And since they keep the 'thunderstorm' column in the report and show '0s', it gives the impression that no thunderstorms have occurred.

Yet if you look at today's climate report from NWS, it says there was a Thunderstorm (or wouldn't it be really ironic if the "streak" was broken today)?

Yes, but although they report a storm when it happens they no longer take the extra step of putting it on a ledger where they tally the number and report it in each month's/year's Local Climatological Report. That's the missing "human augmentation" step. (However, this step apparently is still part of the process at NYC's airports.)

Totally fascinating! Thanks. That of course raises the further question, how come there were in fact a total of three thunderstorms posted in 2000 and 2003? Was there "human augmentation" on those three occasions...