No Thunderstorms in Central Park for the Past 15 Years? So Says the National Weather Service
Comparing Central Park's Weather to That of New York's Three Major Airports 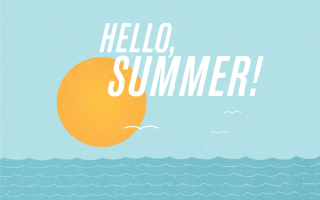 Following an April that was significantly colder than average, by 3.6 degrees, and a May that was 4.5 degrees milder than average, June was "just right" as it was close to average, 0.2 degrees above average.  This was the closest to average for any month since June 2015 (0.2 below average).  However, despite the month being average overall, the first half was cooler (and drier) than average while the second half was warmer (five days had highs of 88° or hotter) and wetter (relative to the first half, since the amount that fell was average).  Here are a few other observations of interest: 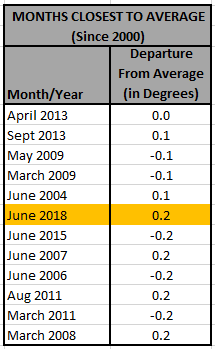 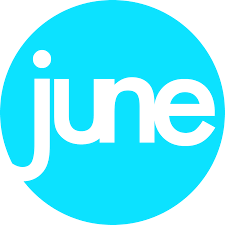 this month's thirteen days of measurable precipitation brought the year's total, so far, to 78. only five other years (most recently in 2008) have had at least this many such days from January 1 to June 30. however, 2018, which had 25.60" in the first half, trails twenty-seven other years regarding the total amount of precipitation between Jan 1 to June 30.