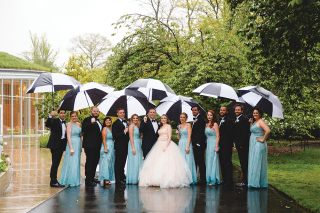 Readers contact me occasionally to ask what the best time of year is to plan a rain-free outdoor wedding.  But since this advice is asked months ahead of the event, any guidance is more or less a crap shoot.  (Of course, if one had the luxury of planning just a week ahead of the ceremony, the risk would be much less.)  However, even after choosing optimal dates based on historical averages, no outdoor wedding is risk-free as every calendar date has had precipitation fall in some years.  And there's not just rain to consider - heat, humidity, wind, fog, gray skies, threatening skies, even vermin, can present challenges.  The best advice is to have a back-up plan, i.e., an indoor space, a large tent at the ready, or umbrellas to hand out to guests.

Another thing to keep in mind is that weather conditions can be very different just a few apart, especially with thunderstorms (the bane of summertime plans of all kinds).  For instance, a couple at the Brooklyn Botanic Garden might be blessed with sunny skies while at the very same time another couple is waiting out a downpour soaking the New York Botanical Garden in the Bronx.

And while having a dry day is considered the ultimate gift of Mother Nature, a sunny day with hot temperatures may prove as challenging as a rain shower, with the wedding party contending with sweat-soaked outfits (not to mention the increased chance of someone fainting).  With this in mind, the best week to avoid to reduce chances of experiencing temperatures in the 90s, or hotter, is the week of July 16 (what I refer to as "Hell Week").  But discomfort isn't restricted to temperatures in the 90s (or hotter) as sauna-like conditions can occur in lower temperatures if the humidity is high. 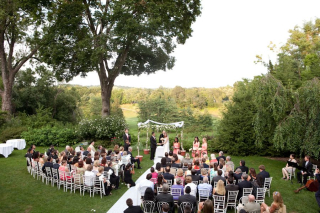 Here is how I answered the most recent request for weather guidance, from a couple considering a fall wedding between mid-September and mid-October:

I get this type of question every now and then and, as you yourself acknowledged, it's not one with an easy answer (but not quite as challenging as a question from a colleague at work who was planning an outdoor wedding that incorporated flags and balloons and wanted to know the likelihood of high winds).  No matter the date, even during traditionally drier times of the year, every calendar date has experienced significant rainfall.  However, on average, a calendar date sees measurable precipitation in NYC in one out of three years; however, this considers precipitation that's fallen anytime during the day, so this means the chance of precipitation during a particular time of day would be less than that.
To point out the limitation of depending on historical averages, if, based on the fact that no rain had fallen on Sept. 12 for 20 years in a row from 1988-2007, you had planned a wedding in 2008 on that date, imagine how crestfallen you'd have been when the streak was broken and light rain fell throughout the afternoon.  There are no guarantees when planning so far in advance.

With this said, you'll be happy to know that the period you're considering for the wedding is the time of year in New York that tends to have the most dates least likely to see rain.  In fact, half of the 25 driest calendar dates have occurred between Sept. 8 and Oct. 17, including eight of the ten driest dates.
Finally, and not to end on a negative note, there have been years in which major rainstorms occurred between mid-September and mid-October.  For instance, in  1985 hurricane Gloria struck in late September; tropical storm Floyd flooded the City with five inches of rain on 9/16; in the second half of Sept. 2004 tropical storms Frances and Ivan produced close to seven inches of rain; in October 2005 more than 13" of rain fell from 10/7 thru 10/14; and a tornado tore through Brooklyn and Queens during the evening of Sept. 16, 2010.  Finally, in 1987 I attended a friend's outdoor wedding in Westchester County on 9/13 that had to be moved under a tent because of an all-day rain (the first time in 13 years that rain fell on that date).

And I shared with them the calendar dates least likely to have had measurable precipitation in New York (those shaded in blue are those that fall, approximately, in the date range they were considering): 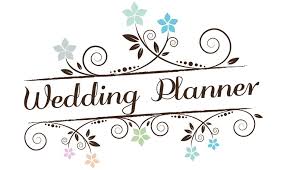 What was the weather like on the day you got married?