October 2018 Weather Recap: Started Out Like September, Ended Like It Was November
Early Snowstorm Takes New York City By Surprise: What Happened? 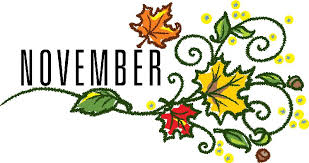 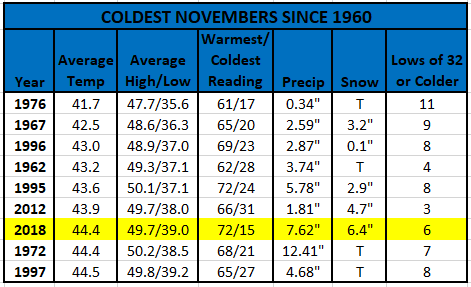 this month had fifteen days with measurable precipitation, tying five other years as the most ever for November. by contrast, the Novembers from 2009 to 2016 each had less than ten such days. this brought 2018's total # of such days, so far, to 145. if next month has at least eight such days, this will surpass 1996 as the year with the most days of measurable precipitation. this was the tenth rainiest fall month (Sep-Nov) since 1976. this was the fourth month this year to rank among their respective month's top fifteen rainiest. August ranked ninth and February & July each ranked thirteenth.

on a temperature note, this was the tenth coldest November since 1940. this month had sixteen days with highs that were colder than 50°. since 1970, only four other Novembers have had as many as this year's. 1976, which had 18, and the three Novembers from 1995 to 1997, each of which had 17. this was just the eleventh year with 16+ highs colder than 50° in November but no such chilly highs in October.

CORRECTION: it was the twelfth rainiest August that occurred in 2018, not the ninth.