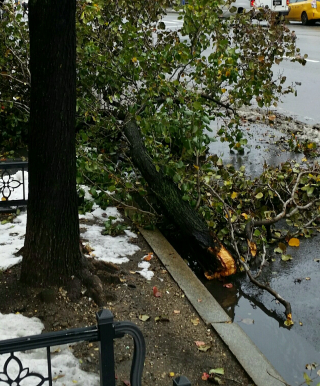 Contrary to the analysis that you published on a history of fizzled snow storms, you should publish another analysis on a history of snow storms that over achieved (or over performed). This was the case with this snow storm, the blizzard that occurred in January 2016 and possibly in other ones too.

from the day of this storm to February 11, 2019 (88 days), there would be no more days with snow of one inch or more. when was the last winter season with more days that separated a winter's first and second snowfall of one inch or more? I know the winter of 2012 experienced such a lull of eighty-four days.

this would end up being the snowiest day of the 2018-2019 season. only four other Novembers have had this distinction.