I had been writing this blog for a number of years before learning that the National Weather Service doesn't recognize Daylight Saving Time (the period roughly between mid-March thru early November).  Instead, its reported observations throughout the year reflect Standard Time.  Because of this policy, weather conditions that occur between midnight and 12:59 AM during DST are reported as part of the previous day's weather observation (credited to 11:00-11:59 PM).  And the rest of each day's weather observations are reported as happening in the previous hour.

I discovered this quirk because I check hourly observations every day on one of the NWS sites, and during the spring, summer and first half of the fall (i.e., when DST is in effect) I noticed that rainfall and temperature for the first hour of each day was credited to the previous day.  Then when Standard Time resumed the weather conditions of each day's first hour were back to being part of that same day. 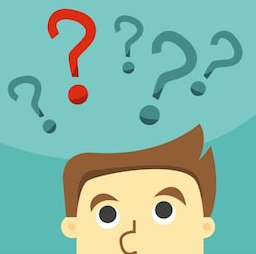 I thought that, perhaps, this decision was made over concern by the NWS about how to report conditions that occur during the "skipped" hour, i.e., when we "spring ahead" at 2:00 AM for DST (losing the 60 minutes between 2-3 AM), or when the hour between 1-2 AM is repeated when we "fall back" at the start of Standard Time.  However, it turns out the reason was simpler than that as the US is a signatory of an agreement drawn up by the World Meteorological Organization calling for Universal Coordinated Time to be used as the standard (i.e., not seasonally adjusted).  However, I can't help wondering why local weather records shouldn't reflect the time that its population is conducting its life in.  And it's curious that Standard time, which lasts about four months in much of the US, is the year-round standard.

So what does this mean in practice?  Let's say that a rainstorm at 12:30 AM DST on May 10 kept you awake.  Using Standard Time rather than DST, the NWS would report that the rain fell at 11:30 PM on May 9; however, in the world of Daylight Saving Time that you're living in, you may have been watching TV at 11:30 and not in bed being kept awake by the rain.

(These parallel time frames bring to mind how life was in the US before time zones were established.  Prior to their creation in 1883 there were two types of time.  True Solar Time, based on the sun's actual position over a city, was precise and used by the general public in conducting its day-to-day activities, with every city having its own time (e.g., when it was noon in NYC it was 12:10 PM in Boston, 11:55 AM in Philadelphia, and 11:50 in Washington, DC).  Railway Time, on the other hand, was used by the railroads for scheduling arrivals and departures of its trains and was the impetus for the establishment of time zones, whereby New York, Boston, Philly and DC all had the same time). 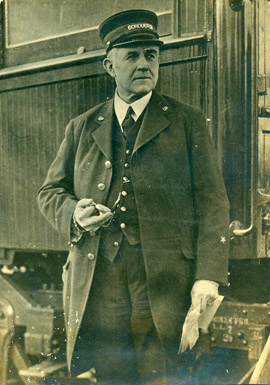 Over the course of a year there are instances of daily records hinging on what happens either during the last hour of the day or the first hour of the next day, and the DST-Standard Time situation creates a "fuzzy" reality.  For example, sometimes there are days during DST when it appears a rainfall record has been set, but using Standard time is the official measure, the amount from midnight-1:00 AM DST is credited to 11 PM-midnight, erasing what appeared to be a record amount (however, there can be instances were adding rain to the previous day could result in a record amount for that date).  Regarding temperature records, I can recall a few instances in early October during the past fifteen years when it appeared a new record for the latest date for a low of 70+ was going to be established only to find that, although the temperature dropped below 70° after midnight DST, it was actually credited to the day before, so no record was set.

Of course, in the grand scheme of things, this isn't a big deal.  Since it's doubtful many people are aware of this idiosyncrasy it's a case of ignorance being bliss.  However, for those of us who are aware of this quirk it's annoying (like a hangnail). 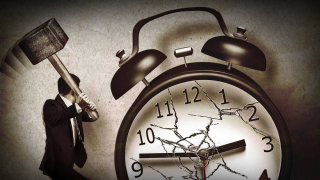 Here are a number of other thought pieces I've written about weather measurement:

A Case For Reporting Temperature & Precipitation to One or Two Decimals

Can Trace Amounts of Precipitation Add Up to Measurable Amounts?