One Word Sums Up New York's Weather in August 2019: 'Uninspiring' 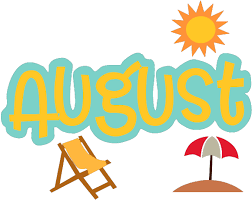 August, much like June, had close to average temperatures (+0.3 degrees).  Perhaps the most interesting story during this month of uneventful conditions was the twelve-day period from Aug. 17 thru 28 in which the first six days were very warm (average high/low of 89°/73°, including the month's three days in the 90s) followed by six days that were pleasantly cool (high/low of 75°/64°).  The month's three days in the 90s went no higher than 90° (something which has occurred just once before, in August 2014).  Finally, this was the sixth consecutive August with no readings in the 50s.

The month had somewhat below average rainfall.  The 3.70" that was measured was the least precipitation since February's 3.14".  Much of it fell on three days: 1.18" on 8/7, 0.64" on 8/18 and 1.01" on 8/22.  (Although August 2019 had less than average rainfall there were six drier Augusts in the 2010s.)  There were ten thunderstorms or brief periods of heavy rain in the three weeks between 8/3 and 8/22.  They occurred mostly in the afternoon and evening and were responsible for the day's lows occurring in the evening rather than at around daybreak.  Without these cool downs there would have been five days with lows of 75° or warmer rather than one.

Here are recaps of the four previous Augusts: 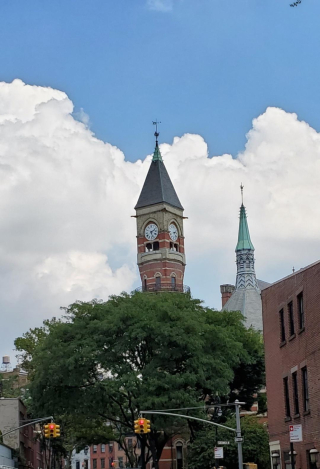 Interesting comment about the ten thunderstorms. Is that something you tracked yourself? Is there much historical data on number of thunderstorms? Most per each month, average per month, etc. Thanks for any input.

Hi Ken,
Yes, this was from my tracking because the NWS only indicates that there was an incidence of "thunder" and doesn't provide a count by day. Also, the 10 periods I mentioned weren't all thunderstorms, some were just periods of heavy rain.

The post you cite, as explained in its opening paragraph, is based on NOAA's annual Local Climatological report for CPK, which has been reporting no incidence of thunderstorms. The analysis for the month of August 2019 is based on daily observations that are published in a monthly report. For whatever reason the two divisions of NOAA don't seem to communicate with each other when the annual report is being prepared.