In a Rut: Temperatures Stuck in the 30s 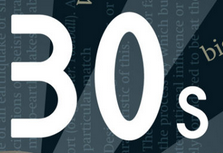 This post was inspired by the first four days of December 2019, all which reported highs and lows in the 30s.  The last time there was a streak of this length was in January 1998, when there was one of five days.  Although days "stuck in the 30s" aren't rare, as a typical year sees a half dozen of them, strings of three days or longer happen infrequently, about once very five years.  Not surprisingly, nine out of ten of these days have occurred from December thru March, with December having the most. (They've occurred as early as Oct. 26 and as late as April 11). 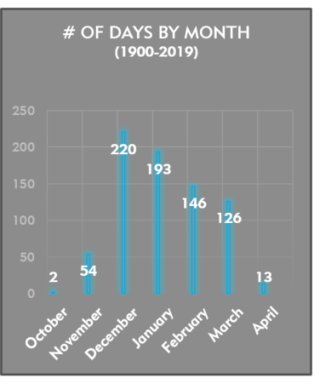 More than half of these days have reported measurable precipitation (57% to be exact); one in four have reported measurable snow.  Since many of these days have temperatures around freezing (two-thirds have a reading of 32° or colder for at least part of the day) the type of precipitation that falls is a mixed bag (i.e., rain, freezing rain, sleet, and wet snow).  Often the type of snow that falls doesn't readily accumulate on paved surfaces if the temperature is above freezing.  And although temperatures in the 30s are far from frigid, the fact that they're often accompanied by overcast skies or precipitation makes these days feel raw and colder than the air temperature. 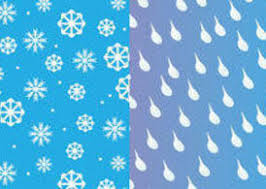 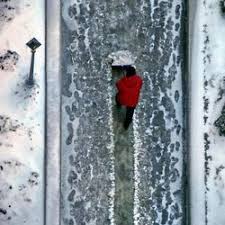 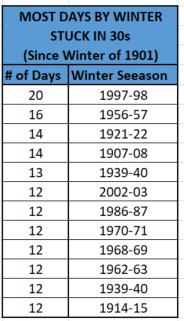 If this analysis leaves you cold, I also posted one last year about days stuck in the 70s. 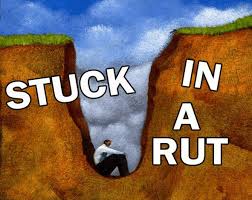 Tags: temperatures in the 30s

Fascinating, I never thought about this aspect before. Interesting that December recorded the most of these days. I'm guessing it's because the sun is gradually getting stronger and out longer by January, and that helps to raise the high temperatures by then. Thanks for doing the research.

This year had a somewhat rare November one. On the 27th the high was 39 and the low 34. No precip.

What about days stuck in the 40s next time? The most recent was April 3 (high of 48°, low of 40°), although several days since came super close.

If the spirit moves me, I may consider it, but for whatever reason, "stuck in" analsyses of temps in the teens, 20s, 40s, and 50s doesn't inspire me like the other three I've done.