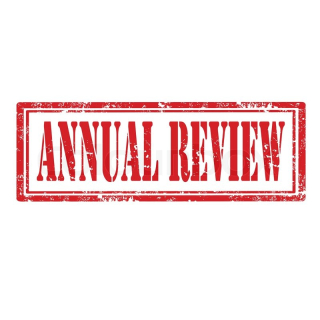 After pondering the various weather events that occurred in New York over the course of 2019, my choice as the year's biggest story is a sizzling hot day in October.  Although there had been 90-degree readings in October before, they were a long time ago - in 1927, 1938, 1939 and 1941.  (By comparison, April had fifteen readings in the 90s in the years after 1941.)  But on Oct. 2 the mercury soared to 93°.  It was somewhat ironic that this hot autumn day occurred in 2019 because the year's first 90-degree reading wasn't until the end of June, which was a month behind schedule, and there were no 90-degree readings in September.  What follows are the other meteorological highlights that were candidates for top story of 2019:

Two days in January had especially cold readings: 14°/4° on Jan. 21, 16°/2° on Jan. 31.  These were among the five coldest days in the past 25 years.  At the other end of the thermometer, the year's hottest reading was 95°, which happened during a July weekend, 7/20-21.  (LaGuardia, JFK and Newark topped out at 100°, 99° and 99°, respectively).  Both days also had lows in the 80s (and during the afternoon of 7/22 the dew point reached an absurdly high 79°, the highest in nearly 40 years.)  Although this reading was well below the hottest temperatures experienced in past summers, the month ended up being New York's 11th hottest July on record, due largely to consistent warmth throughout the month, not only during the daytime but at night as well (the month had July's fifth warmest average low).

2019 wasn't a snowy year, with just 16.6" measured, the least snow since 2012 (the years 2013-2018 averaged 40 inches of snow).  Much of the year's snow was concentrated in the first four days of March, all which had an inch or more of snow - the first time a streak of this length occurred in any month of any year.  The 10.4" of snow that accumulated on these four days accounted for well over half of calendar year 2019's snowfall .

MOTHER'S DAY HAD WORST WEATHER OF ANY HOLIDAY

A nor'easter brought a cold, all-day rain that amounted to 1.32".  Temperatures fell into the 40s around daybreak and stayed there for the rest of the day; this meant afternoon readings were 25 degrees colder than average.

Blustery conditions on Thanksgiving Day (winds gusted between 25-37 mph) forced officials in charge of Macy's Thanksgiving Parade to order its famous balloons be flown much lower than usual, with some nearly scraping the pavement.  (For most parade goers, however, the wind was more bearable than the previous year's frigid temperatures.)

Despite all of the days of precipitation, and three months with more than six inches of rain, there were moments when the air dried out.  For instance, September was among the ten driest on record, with just 0.95" measured - the first month with less than an inch of rain in six years.  Then there were a number of days with extremely low afternoon humidity levels: March 24 and 26 (13% and 14%), Sept. 19 (15%) and Nov. 16 (13%).  Lastly, despite December being one of the ten wettest, it also had a ten-day period with no rain or snow, tying a ten-day period in September for longest precipitation-free streak of the year.

YEAR ENDS WITH WET DECEMBER FOR SECOND YEAR IN A ROW

Here are other annual recaps:

(For more detailed information about each month's weather, choose Monthly Recaps in the Categories box in the left margin.)

another thing worthy of note is that the high on May 13 was only in the 40s, just the third time since 1980 that this happened in May (1987 and 2010 were the other two years). also, Halloween had a high in the 70s, a rare occurrence, as this was the first time in ten years that 70° weather visited New York on the holiday. plus, December had no 60° days for the first time in fourteen years.