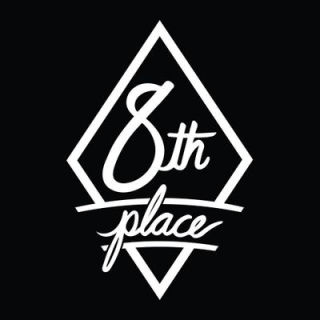 After a January that was the eleventh mildest on record, February ranked even higher, at #8 (and it was the third mildest Leap Year February, behind 2012 and 1984).  This was the third February of the past four to rank among the ten mildest.  But despite it being the mildest of this winter's months it had the coldest temperature of winter, 14° on 2/15.  (However, the coldest day of winter continued to be Dec. 19, which had a high/low of 25°/16°.)  In addition to being the seventh mildest February (4.8° degrees above average) it was the sixth February with no measurable snow (the last time was in 2002).  Other observations: 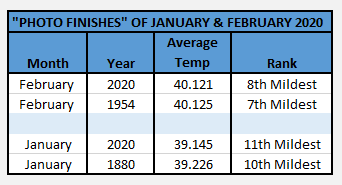 (If Leap Year Day hadn't been so chilly, with a high/low of 35°/25°, February 2020 would have finished as seventh mildest rather than eighth.)

January and February combined this year had 2.3" of snow, the least snowiest Jan-Feb combination since 1998 (and the fifth least snowy on record) when 0.5" fell in January and 0.0" fell in February. this was the second consecutive winter to have a month with no snow. last winter, no snow fell in December, the first time this happened in twelve years, when neither December 2006 nor January 2008 had measurable snow.