A Look at New York City's Hottest Weekends of All Time 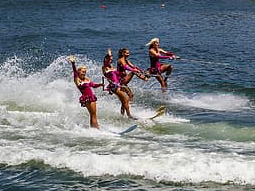 On the one hand, if you work a Monday-Friday schedule and have access to a beach or pool, a hot weekend can be delightful.  On the other, if you don't have access to a body of water hot weather can be brutal, especially if you have outdoor plans or a wedding to attend.  This summer, the weekend of July 18-19 had highs/lows of 91°/72° and 94°/77°.  Hot, yes, but far from the most torrid weekends of all time in New York.  This analysis looks at conditions in two ways - by mean temperatures and by high temperatures.  In order to qualify, both Saturday and Sunday had to have highs in the 90s or hotter and lows in the 70s or warmer. 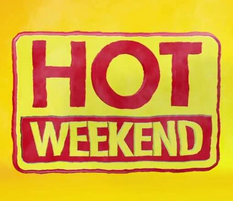 And here are a few other findings of note. 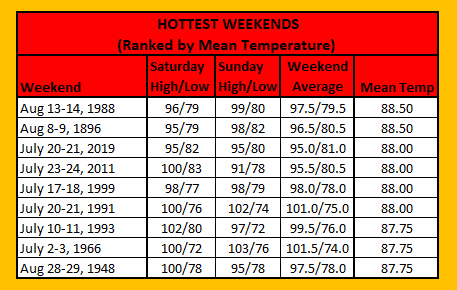 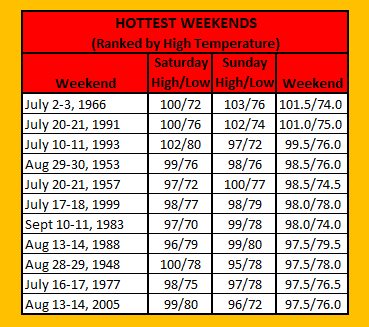 Here are other heat-related posts:

Low Temperatures of 70° or Warmer

Nice research. I remember the 1966 weekend. It was, of course, 4th of July weekend. My Mom & Dad were having their usual 4th of July Extended Family cookout. My Dad bought a 19 inch portable TV so he and my Uncles (and a few Aunts) could watch the baseball games outside. It must have weighed 75 pounds. Little did I know until now it was the hottest NYC weekend ever. Thanks for the memory jog!

what was the warmest May weekend of all time? I ask cause May 21 and May 22 of 2022 are both expected to be at or above 90°. it’s a real shame this wasn’t able to happen a week later on Memorial Day Weekend.