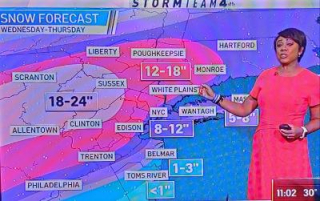 The lasting memory of December 2020 will no doubt be the snowstorm of Dec. 16-17.  The 10.5" of snow that piled up was the biggest snowfall in December since 2010, and the thirteenth December snowfall of 10"+.  Another highlight was the intense rainstorm that blew through the City on Christmas morning.  The month was 1.7 degrees above average - the City's 34th mildest December (since 1869).  But despite being milder than average, it had more days with highs of 32° or colder than all of last winter (four vs. three).  Additionally, the big snowstorm produced more than twice as much snow as the previous winter (10.5" vs. 4.8"). 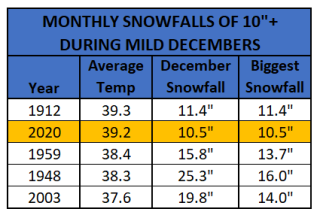 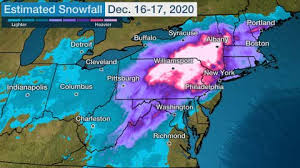