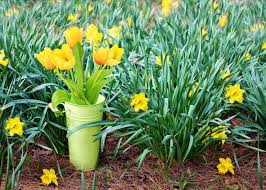 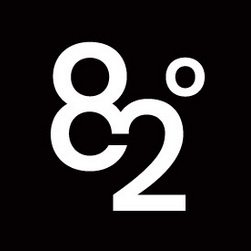 For the second year in a row, there was no measurable snow in March, just the second time this has happened; the first time was in 1945 and 1946.  And for just the fifth time, February, which was one of the snowiest, was bookended by a January and March with little snowfall. 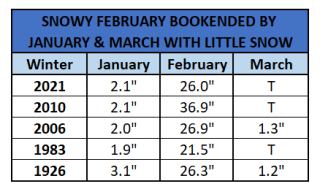 After back-to-back months with diurnal variations below ten degrees, March's was 16.6 degrees (average is 15.1).  Additionally, the range between the coldest and highest temperatures in March was 61 degrees (21° and 82°), the widest range since 2007, when it was 67 degrees (11° and 78°).  This was in contrast to January and February, both which had variations of only 37 degrees. (The greatest range in March is 72 degrees, which was in 1990, when the temperature extremes were 13° and 85°.)

The month had fifteen days with humidity levels that dropped to 25% or lower at some point in the day (usually in the afternoon), with the lowest being 12% on 3/15 at 4 PM (and there were two other days with lowest humidity at 13%).  Finally, ten days had a peak wind gust of 35 mph or higher, with the peak gust at 44 mph, which was clocked during the evening of the 26th (the day with a high of 82°).

Here are March recaps from the five previous years:

last March and this March both had an overall monthly average mean temp that was warmer than normal. when was the last time Central Park had consecutive Marches that were above normal in terms of temperature?

Second, I did some digging was surprised it was so long back the last time that there were back to back above normal Marches given the trend in the "global warming" era for many more above normal months than below normal ones.

this was the fourth March in a row where the month’s warmest reading happened on a Friday.