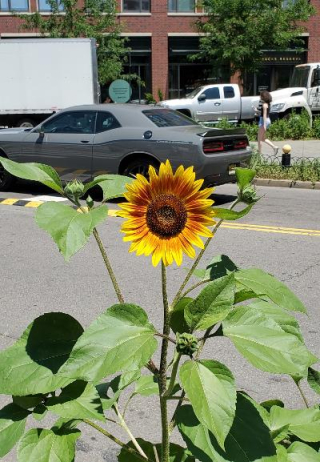 With a scorching high of 98° on the last day of the month (along with a heat index of 106°), June 2021 became New York's ninth hottest June.  This was Central Park's hottest temperature since 2013, and the hottest reading in June since another 98° high in June 1994.  6/30 was also the last day of the month's second four-day heat wave, which was just the second time there were two heat waves of this length (or longer) in June (the other was in June 1943, the hottest June on record).

Ironically, despite the month's warmth, this June had the latest occurrence of a reading in the mid-50s since 1995, occurring on 6/23 (54°).  This was the coolest reading of the month (twelve degrees below average).

Besides the high of 98°, the last day of June was also the rainiest day of the month (0.65").  If it hadn't been for this rainfall, this would have been the second June in a row with less than two inches of rain, something that hadn't happened since 1978 and 1979.  These nighttime thundershowers cooled the temperature to 73°, erasing the day's morning low of 80°.  (If that sultry low had remained the day's low, this would have been the seventh, rather than ninth, hottest June.) 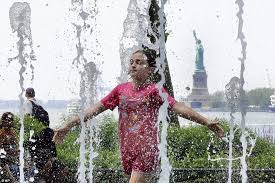