Days With Temperatures Stuck in the 60s 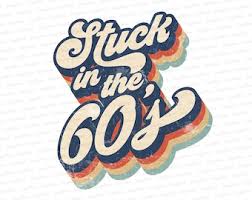 October 2021 was distinguished by having six days with highs and lows that were both in the 60s - the most such days in one month.  On average, two or three of these days occur each year, and they've occurred between May and November (ranging from 5/11 to 11/21).  September is the month most likely to have such days, and the date most likely to have one has been 9/17 (in nine years).  The year with the most  of these "stuck" days is 1903, with 13 of them (five other years have had between seven and eleven).  19 years have had none of these days, the last time being in 2019. 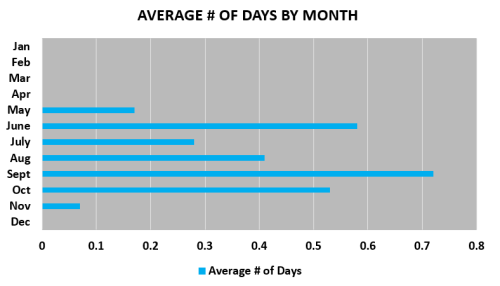 I've also written analyses about days stuck in the 30s and 70s. 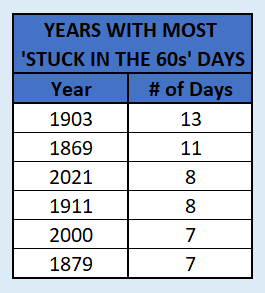 Tags: temperatures stuck in the 60s