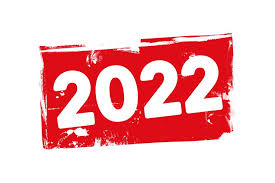 7 - A fast-moving winter storm produced 5.8" of snow, most of it falling before sunrise.  This was the winter's  first snowfall of one-inch or more, coming about two weeks later than the average date of this occurrence.  Curiously, although Central Park and LaGuardia Airport (which are just seven miles apart) had similar amounts of liquid precipitation (0.38" and 0.33", respectively), CPK's accumulation of snow was 3.9" less than LGA's (9.7").

With today’s snowfall, the month’s precipitation for the first week of January reached 1.44”, which was.05” more than what fell in all of December.

17 - 1.53" of precipitation fell during a winter storm that moved in yesterday evening, beginning as snow for a few hours (accumulating 0.8"), and then continuing as rain until mid-morning today (when 1.16" fell).  The storm's total was  was more than what fell in either November (1.12") or December (1.39").  Furthermore, this amount of precipitation doubled what had fallen in the first 15 days of January, and at 3.07" in total, was more than what fell in November and December combined.

29 - Snow that began after 8 PM last night continued thru mid-afternoon, accumulating 8.3".  The 7.3" that fell today was a record for the date and was the first snowfall of an inch or more on 1/29 since 1973.  Visibility was less than 1/2 mile for much of the morning.  The temperature dropped sharply overnight from upper 20s to mid-teens after daybreak; winds that gusted between 25-35 mph produced wind chills of 0° to 5° above zero.  This snowstorm had the coldest temperatures since the snowstorm of Jan. 21, 2014 , when 11.5" piled up and temperatures dropped to the low teens in the final hours of the storm.  Today was the 4th consecutive day with a high of 32° or colder, the longest streak in Central Park since the winter of 2018, when there was a 14-day streak (Dec. 26-Jan. 8).

The City was spared much worse conditions as it was on the western edge of an intense nor'easter that brought blizzard conditions  and 15"-30" of snow to Long Island and southeastern New England.

23 - For the second time in past six days the high reached 68°; however, unlike 2/17’s high, today’s was not a record.  Then after dark, a cold front moved through, and the temperature dropped to the mid-30s by midnight (however, there was no precipitation).  This was the third day this month with a diurnal variation of 30 degrees or more - just the second February with three or more such days (February 1918 had four).

Making the cold even more biting was the wind, which gusted between 20-30 mph.  Finally, the air was quite dry, with afternoon humidity falling to 20%; dew points were in the -5° to +5° range throughout the day.

7 - Rain moved in at around noon and continued for the rest of the day.  1.12" was measured , with a large portion of it (0.40") falling between 11 PM-midnight (an additional 0.04" fell on 4/8).  Meanwhile, suburbs in northern NJ, the Hudson River valley, and western Connecticut reported between two and four inches.  Besides the rain, it was also windy, with gusts between 20-30 mph.  This inclement weather forced the Yankees to postpone their home opener - the fifth home opener postponed since 2003.

8 - The day after rain postponed the Yankees' home opener, today's rescheduled game was played under sunny skies and temperatures in the 60s (the high of 65° was the mildest reading so far this month).  Additionally, the air was quite dry, with the relative humidity dropping to 23% in mid-afternoon.  (Perhaps best of all, the Yankees beat their arch-rivals, the Red Sox, in extra innings.)

15 - Conditions for the Mets home opener were a near replica of last week's Yankees first game as skies were sunny and the day's high reached 70°.  And the visiting team, the Arizona Diamondbacks, probably felt at home because of the very low humidity, which dropped to 13% when the first pitch was thrown.  But the hospitality ended there as the Mets easily won the game, 1o-3.   Today was the fourth day in a row with readings in the 70s - the first time for a streak of this length since late September.

16 - Today, with a high of 73°, was the fifth day in a row with a high of 70°+.  The average high during this streak was 73°, 12 degrees above average. The last time there was a streak of this length in April was eleven years ago (but it occurred 12 days later than this April's streak).

When was the last time we had a long wet pattern like the one we are about to have?

Last summer rain fell on 10 of 13 days between June 30 and July 12, and amounted to more than nine inches.

Is it just me, or is everyone complaining about this April's weather this year?

I enjoyed April. There were actually some 10-15 pleasant days that were mostly sunny. It was cloudy and rained a good portion of the month, but only a few days were complete washouts or overcast skies the whole day.