Analysis: Temperatures Most Likely to be the Coldest or Hottest of Each Month
July 2022 - Just The Second July With Highs of 80+ On Every Day

June 2022 Weather Recap - Largely Uneventful, on the Dry Side 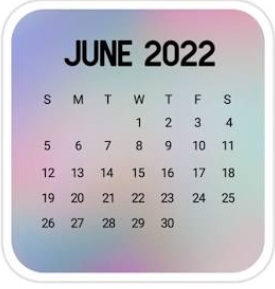 June 2022 was slightly cooler than average (-0.6 degrees), and rainfall of 2.92" was 1.62" below average.  The first half of the month was 1.4 degrees above average, the second half was 2.6 degrees below average (ironically, the month's four warmest highs and lows were all in the second half of June).  This was the third June in a row with less than three inches of rain, but this June had more than the previous two (2.62" in 2021, 1.76" in 2020).  More than 70% of the month's rain fell in the first nine days of the month; less than an inch fell in the last three weeks.  Other observations:

Here are June recaps from the previous six years:

I'm a bit dissapointed that this weather recap completely fails to consider the stark difference between 5/31 and 6/1, how 5/31 had a higher high then all of June, what the low temperature on Father's Day even was (54°) or how despite being so warm, only 4 days had lows in the 50s (though interestingly, in my suburb, that number was 12.)