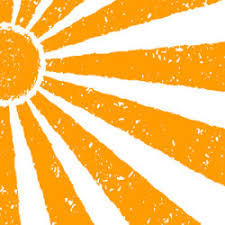 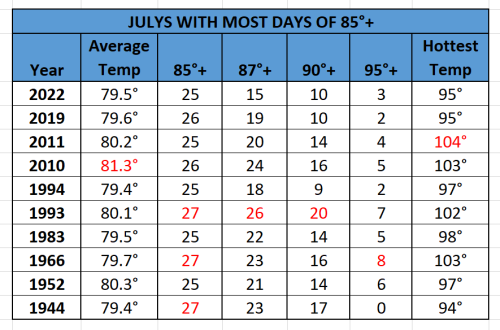 The coolest low was 65° on the Fourth of July.  Only five other Julys have had a chilliest low this mild or milder (the most recent was two years ago when the coolest low of 67° was the mildest coolest July reading on record).

During the first half of the month it appeared July's big story would be the very dry conditions as just 0.33" of rain was measured in Central Park through 7/15 - the least to fall in the first half of July since July 2002.  And while a large portion of the metro area continued to suffer through dry conditions in the second half of the month (Newark's July total was just 0.55", JFK's was 1.10"), 4.22" fell in Central Park, which was double the typical amount.  As a result, July's total rainfall ended up being very close to average (0.05" below).  Much of the rain fell from isolated strong thunderstorms. The most to fall on one day, 1.85" on 7/18, was a record for the date. 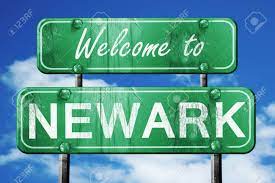 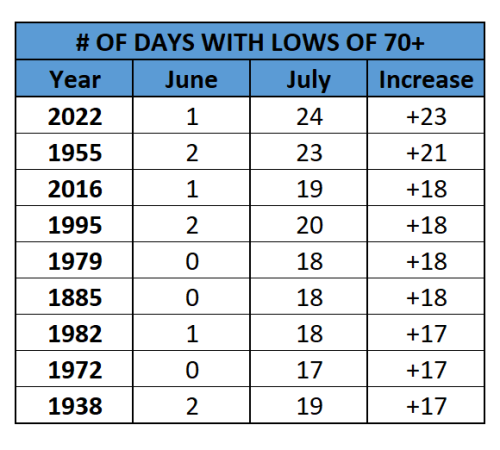 Finally, the 4.55" of rain that fell was the eighth time this amount was a monthly precipitation total.  The most recent occurrence was in April 2019, and there was another July with this amount in 1916.

you should do a side by side analysis comparing precipitation info and temperature info with July 1944, July 2022 and August 2015. even though all three of these months had highs of 80° or warmer on every day, they didn’t necessarily have the same average mean temp. this month was, by far, the wettest of these three months as well.

I thought about making an observation about the three months, but I didn't want to make the July recap too unwieldy. If I had, I would have noted that July 2022 had seven more days with lows in the 70s than July 1944, while July 1944 had seven more days with highs in the 90s. Interestingly, despite all of those highs in the 90s, the hottest reading in July 1944 was just 94, while 2022 had three readings of 95, which was the same hottest reading as Aug. 2015. None of these months had extreme readings, just consistent warmth.