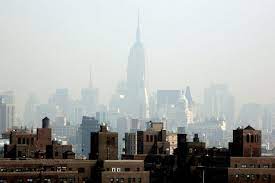 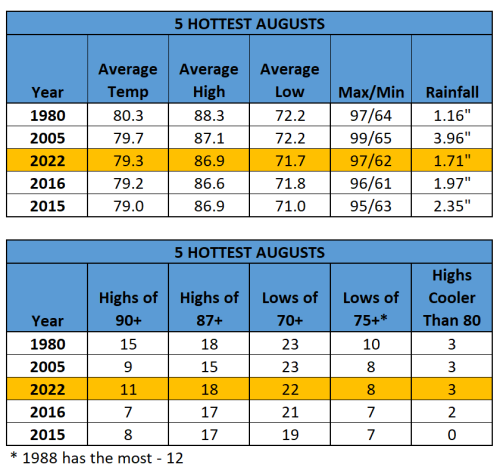 August's coolest high temperature on 8/1 was followed by 10 consecutive days with highs of 87° or hotter, the longest such streak in ten years.  Six of the days were in the 90s, and the streak's average high was 91°.

There was a beautiful symmetry to the month's daily lows.  The month started and ended with lows in the upper 60s.  The following 11 days after 8/1 as well as the 11 days preceding 8/31 had lows in the 70s.  And the seven days in between the two streaks were all in the 60s.  One difference between the two streaks of lows in the 70s was that the earlier one was two degrees warmer (75° vs 73°).  Embedded in the first 11-day streak were seven days in a row with lows of 75° or warmer, the second longest such streak in August (after Aug. 1896), while the second streak had just one reading that warm. 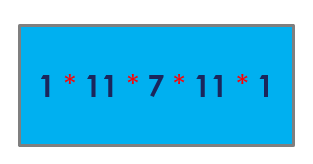 Last year July and August were noteworthy because both months had more than 10 inches of rain; this year it was their hot temperatures that gained attention.  July-Augusts 2022's average temperature tied with 2010 as the third hottest July-August combo (behind July-August 1980 and 2005).  The two months were also one of 12 pairs of months in which both had 10 or more days in the 90s (all pairs were July-August, except in 1966 when it was June-July).  Finally, this July and August combined for the most lows of 70+, at 46 (the average number is 29).

This summer was 8th hottest on record (June-July-August), joining four other summers from this century, including the hottest of all-time in 2010.  Although 2022's rank of average temperature (average of  the average high/low) was 8th, its ranking for average low was higher, at #4. 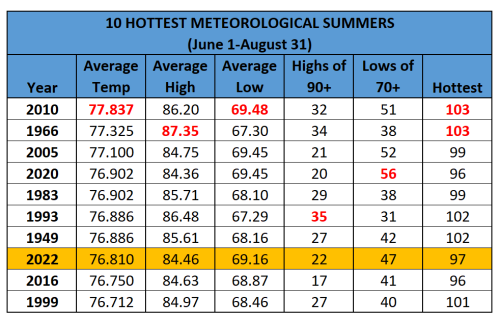 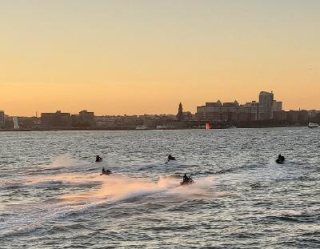 For the record, while 97 is the hottest in august since 2006, a temperature equally as hot occured in SEPTEMBER 2015

To make your comment clearer, what you're saying is that although the observation about a high of 97 last occurring in August was in 2006, the last time Central Park had a reading of 97 was in Sept. 2015.