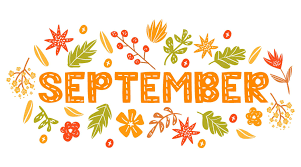 September 2022 had close to average temperatures (+0.3 degrees) and rainfall that was just slightly below average (4.10").   Through 9/22 temperatures were two degrees above average, but then the following eight days were four degrees cooler than average.  11 days had mean temperatures that were very close to average (i.e., between one degree below and one degree above average), the most of any month since September 2016.  The month's biggest daily rainfall, 1.11" on 9/25, poured down in a little less than an hour.  (Ironically, 9/25 is one of the least likely dates of the year to report measurable rain.)

Here are are weather recaps from eight previous Septembers:

At the beginning of the month, it looked like September could be warmer then June, but given the last 8 days I was surprised it was even above average.

Also, the average low was 0.1 degrees below average. However, this is balenced out by the average high being 0.7 above.The mean max for September was 1 degree above average, and the mean min was 1 degree below.