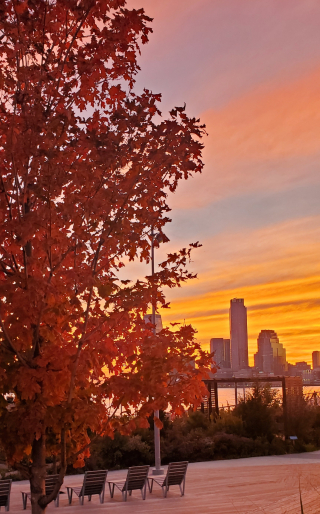 Although it was just one degree chillier than average, October 2022 was the chilliest October since 2009.  This below average outcome was driven largely by the first nine days of the month, which were five degrees below average; the rest of the month was one degree above average.  Although the month was 1.0 degree below the 30-year average for October, it was 2.4 degrees cooler than Octobers since 2010 (and five degrees chillier than last October).

The month's rainfall of 5.08" made it the wettest month of the year (a low amount for this distinction since a year's wettest month  typically sees between seven and eight inches).  The last month with more precipitation was last October (5.26").  3.28" of the rain fell in the month's first five days (from the remnants of Hurricane Ian); then the rest of the month was drier than average.  The 1.85" of rain that fell on 10/4 tied 7/18 as the rainiest day of the year.