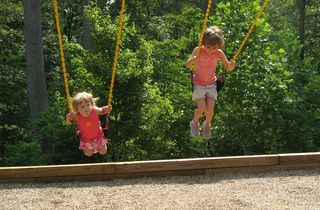 The range in daily temperature in Central Park, also known as diurnal variation, is typically 14 degrees, and ranges from 11 degrees in December and January, to 17 degrees in May.  However, variations by individual days generally range between five and thirty degrees.  Variations are affected by atmospheric conditions such as humidity, cloud cover, passage of cold/warm fronts, wind direction, and precipitation.

On Dec. 23, 2022 mild air drawn up the coast by a fast-moving coastal storm crashed into a strong Arctic front moving southeastward, resulting in a drop in temperature from 58° to 8°.  This 50-degree plunge established a new record for greatest temperature drop of any calendar date, breaking the previous record of a 48-degree nosedive more than 100 years earlier, on March 28, 1921.  (That drop, however, is more impressive because it happened in just 10 hours while 2022’s drop took twice as long.)

Drops in temperature of 40 degrees or more in a day are infrequent, with just 19 such instances reported since 1869 (about once every seven years).  However, this year’s was the first drop of 40+ degrees of the century; the previous occurrence was on Dec. 22, 1998.  (Oddly enough, 1962 and 1990 each experienced two of these drops.)

Most of the big daily swings in temperature have occurred between January and May. For the purposes of this analysis I chose changes of 33 degrees or more as the qualifier.  Swings of this magnitude have occurred nearly 200 times (thru 2022), an average of 1.3 days per year.  1990 has had the most - seven days.  (Sixteen years have had no such days, including three in a row from 1982 to 1984.)

Although daily temperature variations of two or three degrees occur just a couple of times each year, in 1970 there were five such occurrences in a fifteen-day period, between Dec. 11-25. 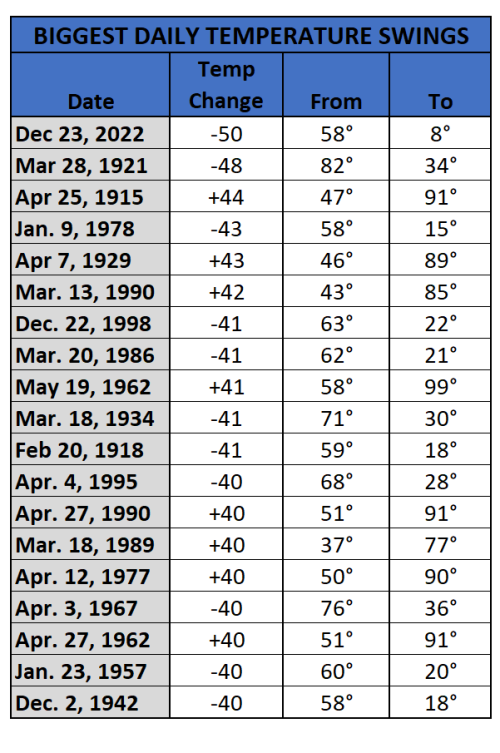 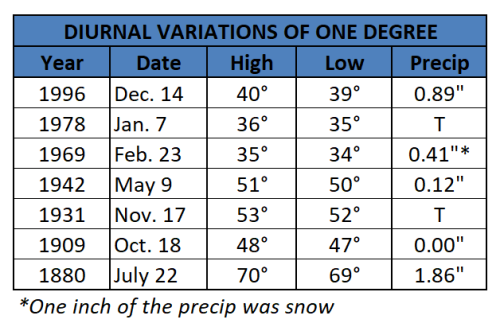