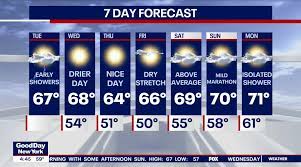 Never before has the month of November started with such a sustained string of unseasonably mild days.  With an average high/low of 68°/55° the first twelve days were eleven degrees above average.  This included five days in the 70s and three days with lows in the 60s.  Ten of the days had highs of 66° or warmer (including three in a row with highs of 75°+).

Despite this record-warm start, the month was denied a spot among the 10 mildest Novembers.  This was due to an eight-day streak of unseasonably chilly conditions mid-month (11/14-11/21) that was seven degrees colder than average (high/low of 44°/34°).  This included the fall’s first low of 32° or colder on 11/19 (31°).  Overall, the month was 2.9 degrees above average and finished as the 13th mildest November on record (FYI, six of the top 10 are from this century). 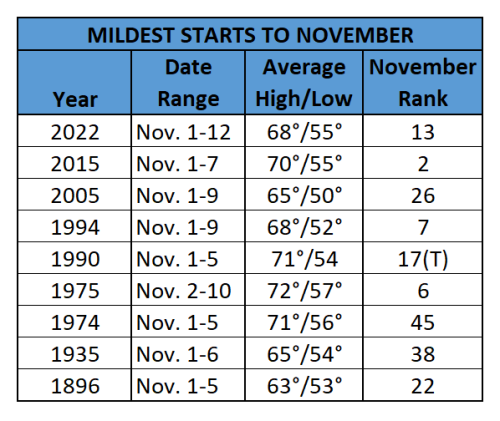 Another streak worth noting was one of eight days featuring sunny skies from 11/17 to 11/24; the last day fell on Thanksgiving Day.

The month’s rainfall of 3.15” was slightly below average.  This is the seventh time this amount has been reported as a monthly total.  The occurrence before this one was also in November, in 2013.  The month's rainiest day was 11/11, when 0.89" fell from the remnants of late-season hurricane Nicole.